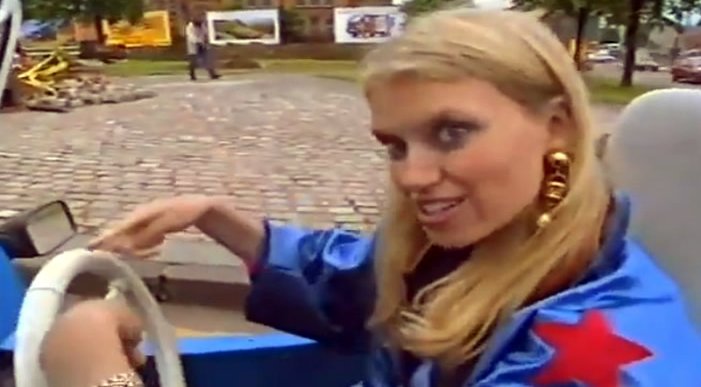 Anneka Rice could be about to make a comeback with her legendary BBC1 television show from the nineties, ‘Challenge Anneka’, according to The Sun. Allegedly the 63-year-old presenter – famous for her jumpsuits – is in talks with Channel 5 about a reboot.

Anneka’s hit show ran from September 8, 1989, through to October 15, 1995. Each programme saw her facing a series of tasks, that were usually to earn money for charity.

A deadline was set for each task of between two or three days, with Anneka having no prior knowledge of the challenge in hand. The energetic presenter would then set off in search of local people and businesses who she would persuade to offer their help free of charge.

An intergral part of this show was Anneka’s camera team and sound guy who would follow her in the large blue truck. Tension gripped each episode as viewers waited to see whether Anneka would complete the task or not, as not every challenge was a success.

“The affection for it is epic. It is overwhelming on a daily basis”, Anneka previously said of the show in 2019, on its 30th anniversary.

“There’s a real taste for bringing back classic shows right now, given viewers’ thirst for nostalgia”, a TV insider exclusively told The Sun’s Rod McPhee. “Anneka is hopeful a deal can be struck as she believes there is still plenty of life in the format and that she can also attract a new, younger audience”.

“It was a much-loved show with good intentions, so there’s no reason why it can’t continue where it left off”, they added.