Malaga fishermen call off the strike and will return to sea 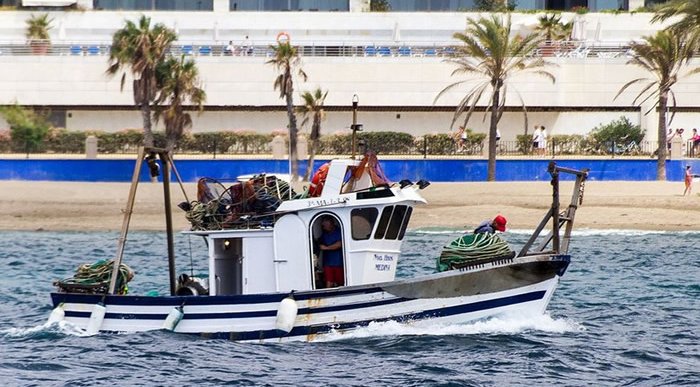 Malaga fishermen call off the strike and will return to sea. Image: TimOve under Creative Commons Attribution 2.0 Generic license

After a meeting with Luis Planas, Malaga’s fishermen have called off their strike

Malaga fishermen have agreed that they will return to fishing from today, Wednesday, March 30. This comes after a meeting held on Tuesday 29, between representatives of the national associations, and Luis Planas, the Minister of Agriculture and Fisheries.

Last week, the fishermen of Andalucia announced that they would not return to fishing until Thursday 31. This was changed, and the fishing strike was called off, after Mr Planas announced a series of measures to mitigate the rise in diesel costs in the sector.

Carmen Andreu, the spokesperson for Mercamalaga, and a wholesaler, explained earlier in the day that with a 30 per cent reduction in fish, she was selling fish arriving from the north of Spain. She was also getting supplies from countries such as Italy, Morocco and Portugal.

However, she said that she was confident that the situation would return to normal as soon as possible, and that the fishermen would be able to fish again.

As reported to malagahoy.es, by Manolo Haro, vice-president of the Federation of Fishermen of Malaga, Tuesday’s meeting lasted until 11pm. The sector has agreed that from this Wednesday 30, they will return to fishing, as there were some communities that were already doing so.

In a press release by the national federation, it said, “The conditions are not as desired, and the fishing sector is disappointed, as the fishermen feel that the government has been poor with them. Even so, the boats are going to go out to sea with maximum effort”.

However, the sector has clarified that this decision does not exclude the possibility of a demonstration, an action that the federation is evaluating, which will be decided in the coming days, as reported by malagahoy.es.