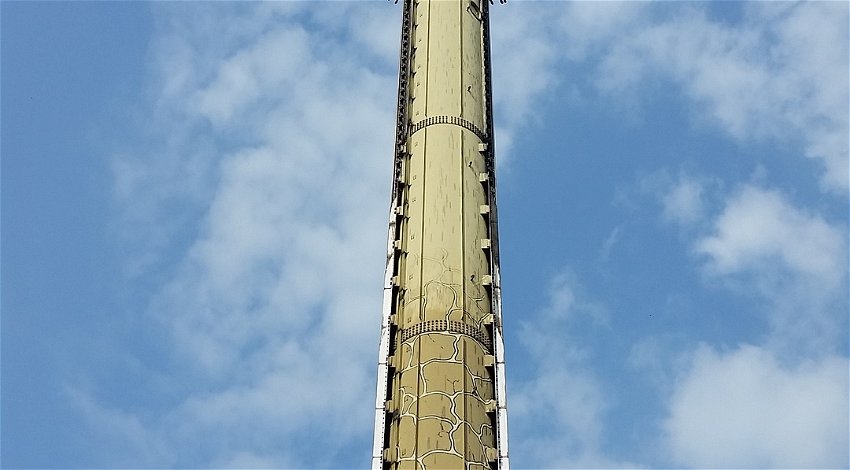 A teenage American football player has died after freak accident at an amusement park in Florida.

On Thursday 24th March 2022, Tyre Sampson fell to his death from the Orlando FreeFall drop tower, a ride at Icon Park, an amusement park in Florida. The ride takes users up to a height of 430 feet and then drops at speeds of up to 75mph.

Tyre Sampson, a promising 14 year old American football player who was going to be playing as an offensive lineman for East St. Louis High School this autumn, was rushed to hospital following the incident, where nothing could be done to save his life.

A video posted on social media, shows Sampson slipping out of their seat about five seconds into the ride’s drop, approximately two-thirds of the way down, as the ride slowed as it approached the ground.

After watching the video, Bill Kitchen, president of U.S Thrill Rides, stated:”It’s clear to anybody, not just ride safety engineers, that that boy was not harnessed properly,”

The Florida Department of Agriculture and Consumer Services have since released documents linked to the investigation, showing the initial accident report wherein the ride operator had said: “Harness was still in a down and locked position when the ride stopped,”.

However, pages released from the ride’s manual stated: “Be careful when seeing if large guests fit into the seats. Check that they fit within the contours of the seat and the bracket fits properly. If this is not so – Do not let this person ride,” Small riders are also addressed in the manual, but here the main concern is ensuring that the riders are not able to slide out of their seats. The minimum height requirement for the ride is four feet, but no minimum weight restriction is given.

Sampson had previously been turned away from riding on other rides, including the Slingshot ride, due to concerns raised by his size. His father later voiced this concern in a statement given to a local news source: “My son was 6’5″ 340. So, he’s a big guy.”

Icon Park has since demanded that Slingshot Group (the company behind both the FreeFall and Slingshot ride) suspend both rides until “until such time as a thorough investigation by the appropriate authorities has been completed and all parties are satisfied that the rides are safe for the public.”

“We are heartbroken by the loss of Tyre Sampson and absolutely devastated for his family and loved ones,” Slingshot group said in a statement.

“We have suspended the operations of the FreeFall ride and the Slingshot ride at Icon Park. We are fully cooperating with the authorities at the state and local levels who are investigating this tragic incident. We plan on providing additional information in the coming days, as we learn more,”

AJ Jones, Sampson’s coach, described the deceased young player as “a humble giant, an outstanding student and a young man who dreamed of making it to the NFL after playing in college”.