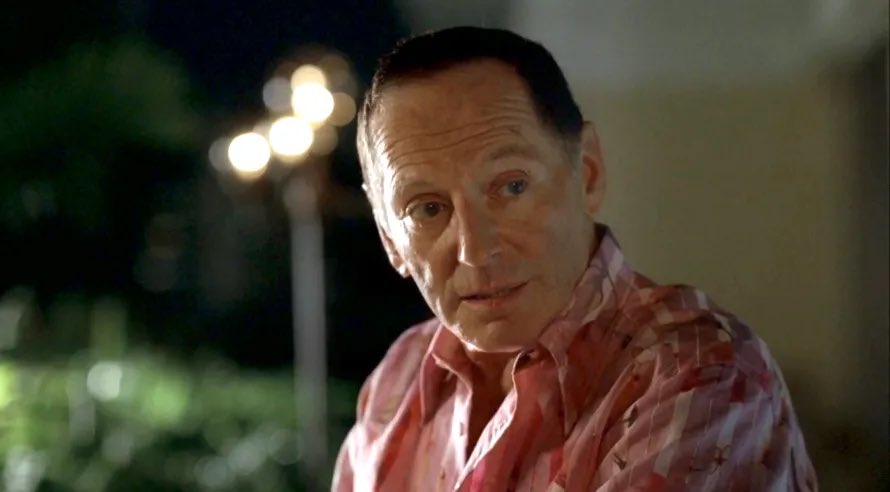 The Sopranos and The Irishman actor Paul Herman has passed away aged 76. Credit: Twitter

The Sopranos and The Irishman actor Paul Herman has passed away aged 76.

PAUL HERMAN, of The Sopranos and The Irishman fame, has passed away aged 76, according to one of the actor’s co-stars.

Best known for playing the role of Peter ‘Beanise’ Gaeta in The Sopranos and Whispers in The Irishman, Herman also starred in a number of Box Office hit movies, including Silver Linings Playbook, Up Close, We Own the Night, Heatwave and Sleeper.

Michael Imperioli – who played Christopher Moltisanti in The Sopranos – confirmed the actor’s death via Instagram.

On Tuesday, March 29, Imperioli wrote: “Our friend and colleague Paul Herman has passed away. Paulie was just a great dude.

“A first-class storyteller and raconteur and one hell of an actor. Goodfellas, Once Upon a Time in America, The Irishman, and of course The Sopranos are some highlights.

“Paulie lived around the corner from me the last few years and I am glad we got to spend some time together before he left us.

“I’ll miss him. Lots of love to his family, friends, and community of actors and filmmakers.”

According to reports, Herman died on his 76th birthday.

Fans paid tribute to the actor on social media.

“One of my favourite things about Beansie (Paul Herman) is his resilience and ability to move forward, be content, and enjoy life despite the horrific sh*t that had happened to him. Quite a distinction from some other all-agita-all-the-time characters!” one person wrote.

Another said: “Rest In Peace to the great Paul Herman, who so memorably played Beansie on The Sopranos. Always loved the humanity he brought to this role, just a good guy ready to roll with whatever punches the world threw at him.”

Another person wrote: “One of my fav character actors, & neighbour, Paul Herman has passed away according to Michael Imperioli. He was a fixture on the UWS for years and often held court at Lenny’s on Columbus Ave. His final role was as Whispers DiTullio in The Irishman. RIP.”

Along with starring in Martin Scorsese’s crime epic The Irishman, Herman also played minor roles in other films directed by the famous filmmaker.

Herman played The Pittsburgh Connection in Goodfellas, and in the montage sequence ‘Back Home, Years Ago’ in Scorsese’s legendary film Casino, he was a gambler who rushes to the phone booth to place the same bet that Robert Niro’s character Sam Rothstein did.

The actor’s cause of death is not yet known, as reported by the Daily Star.