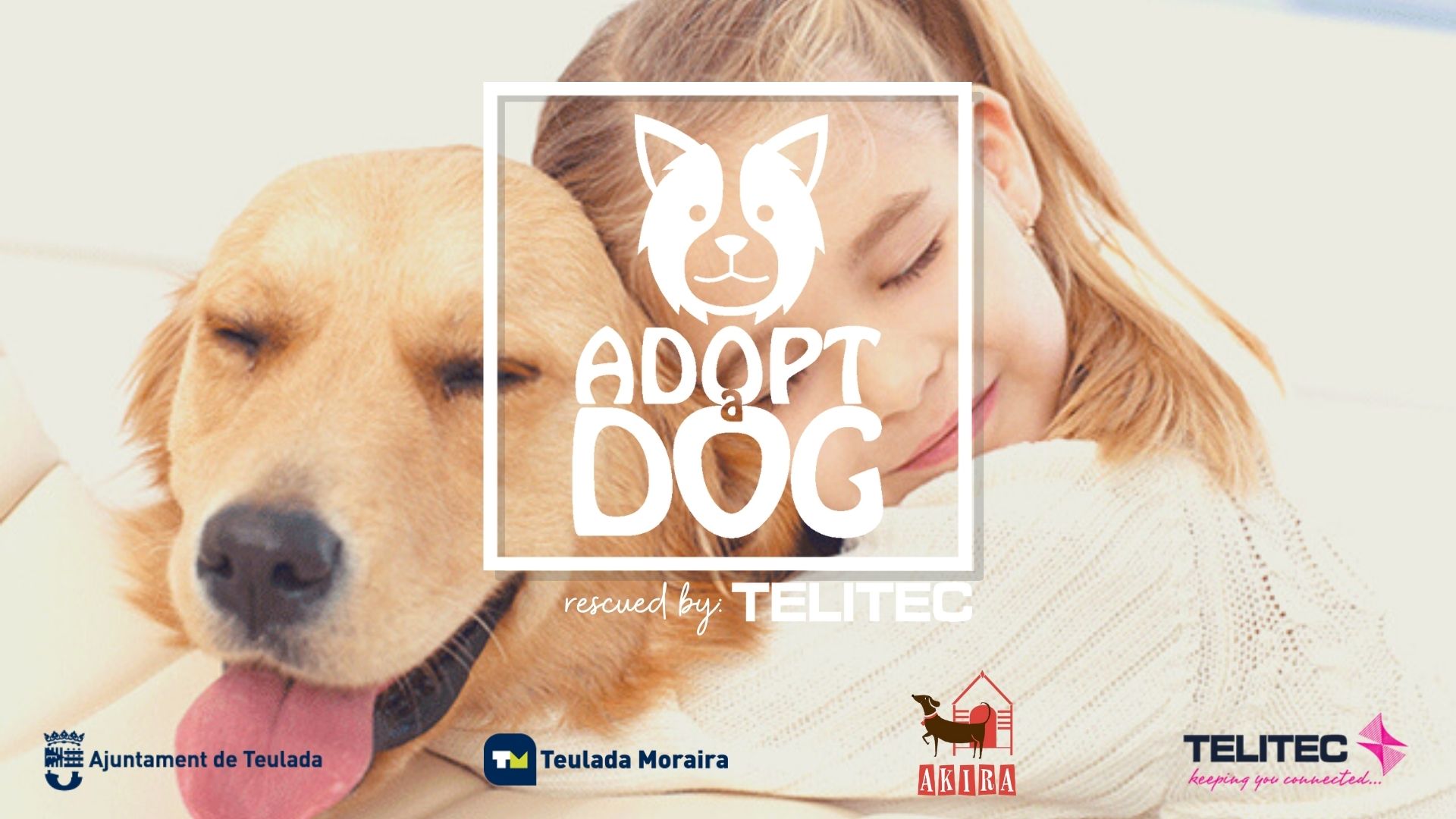 TELITEC is organising Adopt a Dog Day on Sunday April 10 at 11am in Moraira’s dog park.

“This will be a day out for all ages as there is also a park for kids and Ian Bennett will also be there, playing music all day!” Telitec said.

The first Adopt a Dog Day event in Torrevieja in 2017 was so popular that Telitec held another in Moraira in April 2019.

This was a huge success and, more importantly, dogs were adopted and the charities involved raised awareness about what they did and where they were, as well as obtaining much-needed funds.

Owing to lockdown, April 2020’s Adopt a Dog Day was an online virtual event although people could also view videos of the dogs on the Teletec website over the following months. As things were still very much  up in the air with Covid restrictions, there was no Adopt a Dog Day in 2021.

Eight local charities will be attending this year’s event, each bringing three or four dogs so that people can meet them with a view to adopting.

Home visits will be needed before any of the dogs can be adopted but this will be a great opportunity for potential owners to meet the dogs.

Akira, the local dog charity, has completed all the necessary formalities for the event, which has the use of the entire area in and around the dog park, as well as the children’s play area and toilets.  The association is also organising a dog show, where dogs can be entered up to 2pm.

An Akira stall will sell cakes and drinks throughout the day, and there will also be other stalls.

Bo Insure is giving away one-year free pet insurance for one of the adopted dogs and Canino Les Cutes will give away the first three sessions of training free for any dog that is adopted.