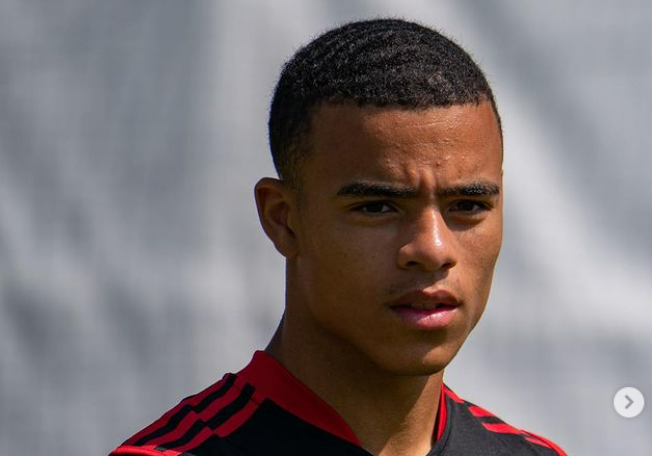 Man United have been forced to release a statement about Mason Greenwood after fans noticed he was still listed on the club’s website.

Manchester United have released a statement clarifying that there have been no changes to Greenwood’s status at the football club.

Greenwood, 21, was trending on social media after fans noticed his profile was still on the Man United website, leading to speculation that he may be reinstated.

Greenwood was suspended from playing or training by the club after his arrest in January for allegedly raping and assaulting a young woman.

He was later released on bail and the club released a statement at the time saying he would be unavailable until further notice.

Manchester United have clarified that there has been no change to Mason Greenwood’s status at the club.

The club wrote: “There has been no change whatsoever in Mason’s status.”

“We removed his profile from the club app soon after he was removed from the squad in January.”

“This was in order to remove Mason from interactive elements of the app, such as team predictions etc.”

“However, his profile was never removed from the website as he remains a Manchester United player, albeit not currently part of the squad while the legal process unfolds.”

Greenwood has been dropped by Nike and has also been removed from the latest FIFA game.

Football Manager 2022 has confirmed he will not feature after their recent winter update.

Sports Interactive said in a statement: “Any player or official serving an indefinite suspension from football, for whatever reason, has been removed from Football Manager in the latest update.”

“If and when that suspension is lifted, the player or official will be reinstated at the next scheduled opportunity.”