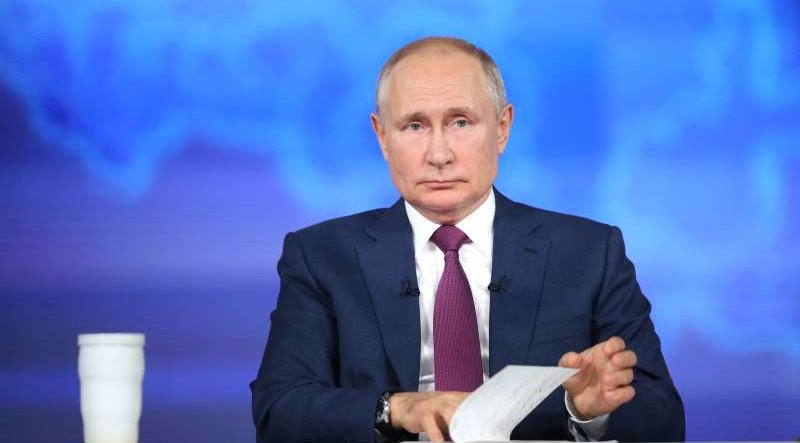 President Putin has warned “unfriendly” foreign countries that they must pay for gas in roubles or their supply will be cut.

Putin has signed a decree saying that buyers “must open rouble accounts in Russian banks” from tomorrow, April 1, to pay for Russian gas.

The Russian president said: “Nobody sells us anything for free, and we are not going to do charity either – that is, existing contracts will be stopped.”

His demands are being construed as an attempt to boost the rouble, which has taken a hit due to Western sanctions.

Governments and companies in Western countries have rejected Putin’s demands, claiming it is a breach of the existing contracts which as in euros or US dollars.

Since the invasion of Ukraine began, Western countries have issued trading sanctions on Russia, however, the European Union has not put any bans on gas or oil, like the US and Canada, because its member nations are so reliant on it.

Around 40 per cent of the EU’s gas and 30 per cent of its oil comes from Russia and there are no easy substitutes should supplies become disrupted. Russia currently rakes in €400m (£340m) per day from gas sales to the EU and there is no way to reroute the supply.

Putin said the change to roubles was to strengthen the sovereignty of Russia and, if Western nations adhere, it would carry on with its obligations on all contracts.

Germany has hit out at the new rule, saying that it is “blackmail” from Putin. German economy minister Robert Habeck said: “With regard to the threat, demand or consideration – one doesn’t know what to call it anymore – to be made to pay in roubles, it is crucial for us that the contracts are respected.”

German Chancellor Olaf Scholz said German companies would carry on paying for Russian gas in euros, as is laid out in contracts.

Russia’s order means foreign buyers of gas from Russia would have to open a Gazprom bank account and transfer euros or dollars into it. The bank would then buy roubles with the currency and make the payment for gas.