Spain welcomed over 11,000 Ukrainian refugees in one month 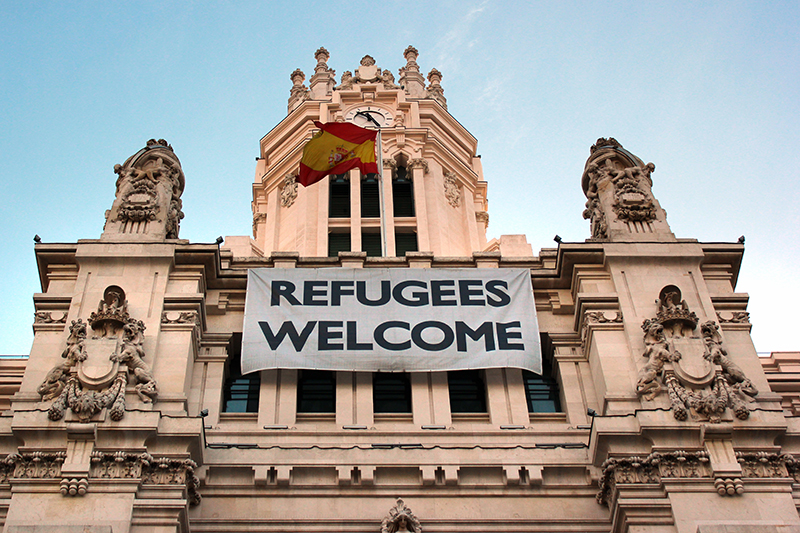 Spain welcomed over 11,000 Ukrainian refugees in one month. CREDIT: Shutterstock

In just one month, Spain has welcomed more than 11,000 Ukrainian refugees, with the figure increasing each day.

The leadership of the Ministry of Inclusion, Social Security and Migration has created two new general directorates in order to resolve the avalanche of requests for temporary protection for refugees who are arriving in Spain.

Those 11,000 have been assisted in approximately four weeks. The mass flight of Ukrainians to neighbouring countries began on February 24, after Putin’s decision to attack and invade Ukraine. However, the first receptions began to be legally formalised in Spain days later, at the beginning of March. The first beneficiaries were Ukrainians who were surprised by the war on a trip or temporary stay in Spain and were unable to return to their country.

The official plan for receiving refugees came into place at a European level on March 4. Two days later, on March 6, the Council of Ministers expanded the list of beneficiaries.

In addition to welcoming the inhabitants of Ukraine who have fled the country due to the war, Spain also offers protection to Ukrainian nationals who were on Spanish soil before February 24 and who have not been able to return to Ukraine, as well as those Ukrainians who were in Spain in an irregular situation and nationals of third countries with temporary residence in Ukraine.

Spain has issued temporary protection permits to the refugees and they have been cared for through the centres created for this purpose in Madrid, Barcelona, Alicante and Malaga. These are the four Spanish cities with the highest influx of displaced people due to the war in Ukraine, from which the State Secretariat for Migration is channelling the reception procedures for the refugees who continue to arrive.