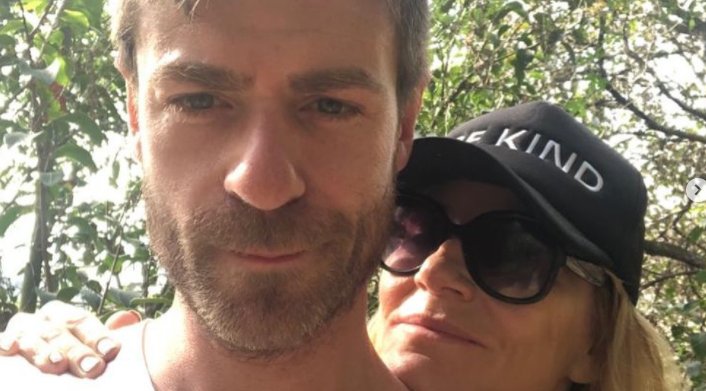 Michelle Collins took to Instagram to show off her new engagement ring after Mike Davidson, 38, won her heart with his bended-knee proposal while hiking in the States.

The 59-year-old EastEnders and Coronation Street star said the moment was “beautiful”, she gushed in the post on Friday, April 1.

“This happened in #la he got down on bended knee while we were on the top of #temescalcanyon.  Basically no one else around, just us,” Michelle wrote.

Michelle, who played Cindy Beale in EastEnders before joining Corrie as Stella Price, beamed as she proudly showed off her engagement ring on Instagram.

Calling her fiancé “magicmike”, the TV legend told her fans she was “happy” and that it was about time her lover of ten years popped the question.

Among the many comments wishing Michelle and Mike the very best were posts from her famous friends.

Michelle has previously been outspoken over the 11-year age difference between her and Mike.

The relationship has been described as like Michelle’s former Corrie storyline, in which she indulged in a steamy romance with a then 29-year-old Jason Grimshaw, played by Ryan Thomas.

She has also been angered after being called a “cougar”.

She previously told the Daily Star: “He turned to me the other day and said, ‘Surely I’m not still your toyboy, am I?’

“I laugh about it now but it is annoying. And I hate that word cougar. I can’t stand it. I find it so demeaning. A cougar is a predator going around looking for young flesh. I’m certainly not like that.”