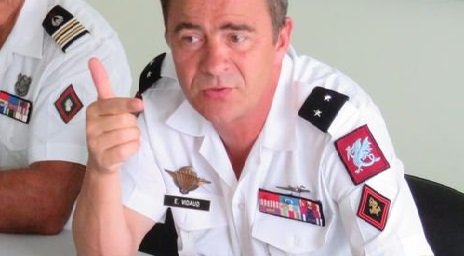 Reports suggest that the French Military Intelligence Chief, General Eric Vidaud, has been fired over his failure to predict the invasion of and subsequent was in Ukraine.

Sources close to the French government say that Vidaud has been blamed for misreading the situation in Ukraine, at the time suggesting that the Russia were unlikely to invade its neighbour although he did say that the country had the means to do so. The US by contrast were proven right with their prediction that was imminent.

The BBC have attempted to speak with French armed forces chief General Thierry Burkhard, however a spokesperson said that he had no comment.

Burkhard had been quoted in March acknowledging that French intelligence had not been up to the level of US or UK briefings, which were publicised to pile pressure on Russia’s Vladimir Putin.

At the time he told Le Monde newspaper: “The Americans said that the Russians were going to attack, they were right.”

He added “Our services thought instead that the cost of conquering Ukraine would have been monstrous and the Russians had other options to bring down the government of Ukraine’s Volodymyr Zelensky.”

The misreading of the situation has proven to be an embarrassment for the French given that President Emmanuel Macron had spoken with the Russian president on numerous occasions leading up to the invasion.

Intelligence specialist Prof Alexandre Papaemmanuel told AFP it was too easy to blame military intelligence for the failure, which lay with France’s entire intelligence community.

The failure to predict the war is however believed to be just one of the reasons for his departure, with the service coming in for criticism following Australia’s scrapping of a multi-billion dollar submarine contract with France in favour of a security pact with the US and UK.

The cancellation caught France completely by surprise at the time, something the French intelligence chief should have been more alert to.