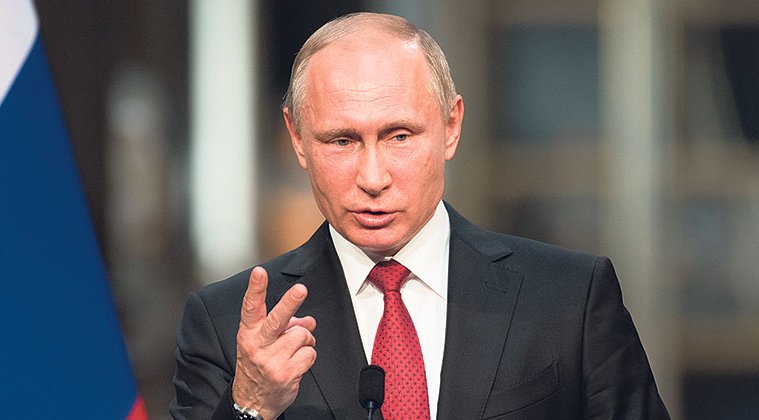 PUTIN: Nothing more than a playground bully who understands one language, force.

WHEN Ukrainian families are being shelled as they flee for safety and Europe teeters on the edge of the end of everything, who wants to read more about it? If you don’t, turn the page, otherwise read on!

We read of peace talks but if these eventually succeed, what’s the likely outcome?

The deal will probably be an assurance of Ukrainian neutrality and ‘self-determination’ for Crimea and Donbas, and Putin boasting he ‘got what he wanted’. But actually, he’ll have lost. Badly.

The cost of a ruined economy and being an international outcast for the foreseeable future. A West more united than since the Cold War. Neighbouring states despising Russia. Europe, and especially Germany, ending their devastating dependence on Russian energy. The world ending its devastating dependence on Russian mineral wealth and, most significantly, finally seeing Putin for the loathsome dictator he is.

This, though, won’t help the brave Ukrainians much in the short term, but hopefully later on. But Putin, and the world, will have seen how inferior the overhyped Russian armed forces have turned out to be versus a smaller but professional, dedicated and determined foe. Having committed a large part of his ground armed forces to this campaign, Putin should be in no doubt what would happen if he came into conflict with the far more competent NATO.

But all this fails to answer the crucial question, can Putin be trusted? He failed to honour the 2012 deal to end civil war in Syria. Days before this invasion he said he’d never invade Ukraine.

Sooner or later, we need to confront him. Not now, and not in a manner that would end up in nuclear warfare. However, he is a playground bully who understands only one language, force. If Ukraine ceded Crimea and Donbas and agreed to ‘demilitarise’ Ukraine now, he’d agree to that provisionally, but then his brutal war machine would soon afterwards reinvade a weaker Ukraine.

He needs to be stopped. Like the Nazis in the 1930s, some regimes cannot be trusted with keeping their word.

Nora Johnson’s psychological crime thrillers ‘The Sentinel’, ‘No Safe Place’, ‘Betrayal’, ‘The Girl in the Woods’, ‘The Girl in the Red Dress’, ‘No Way Back’, ‘Landscape of Lies’, ‘Retribution’, ‘Soul Stealer’, ‘The De Clerambault Code’ (www.nora-johnson.net) are available online as eBooks (€0.99; £0.99), Apple Books, paperback and audiobooks. All profits to Costa del Sol Cudeca cancer charity.