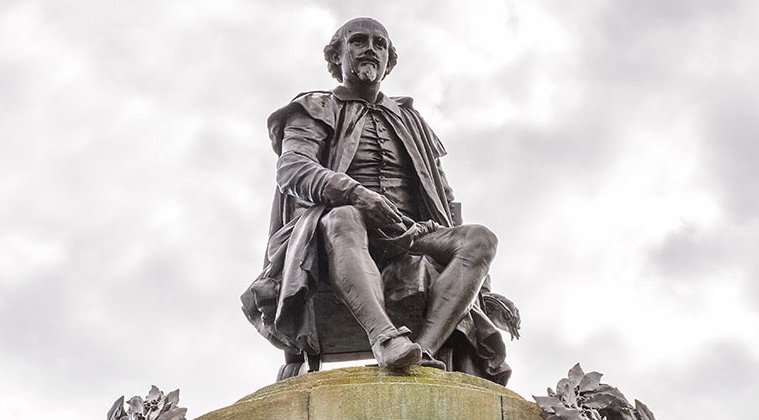 SO now they want to drop Shakespeare from the curriculum of British schools? Yet another assault on British heritage and culture, which is slowly but surely being eroded by an ill-intentioned bunch who, assisted by the PC and snowflake brigade, are hell bent on destroying the very fabric of everything our ancestors fought and died for. “It’s too difficult for our students,” they bleat. Aw, well it would be, wouldn’t it? Particularly to youngsters who are too lazy to put their tongues between their teeth, and subsequently pronounce, think as fink, Nothing as nuffink and something as summink.

“We should make it easier and more up to date,” they wail. Oh yes that’s a good idea – let’s see. How shall we rephrase this beautiful quote from Romeo and Juliet? “When he shall die. Take him and cut him out in little stars. And he will make the face of heaven so fine that all the world will be in love with the night and pay no worship to the garish sun.” What about “When he kicks off, blade him up a bit; and when it gets dark the dude will be lookin’ so good you won’t wanna see the sun come up.” Mmm, doesn’t somehow have the same ring, does it? Give us a break.

These so-called teachers are not interested in British culture. They want to destroy the monarchy, introduce their left-wing ideals and drag the whole country down to their level. As far as curriculums are concerned, rather than attacking British heritage, perhaps it would be more constructive to make sure some truthful and unbiased British history is taught to their vulnerable and propaganda-exposed students.

Does President Biden truly inspire confidence as a strong and reliable ally in these dangerous times? Not to me he doesn’t. From his carefully contrived efforts to look buoyant and frisky as he descends the steps of Air Force One, to his heavily scripted speeches, which he peers at through Mr Magoo contact lenses, and reads with all the acumen of an eight-year-old asked to read aloud in the class, I would be hesitant to take his advice on how I should cross the road. His appearance at a press conference in Brussels last week was truly quite laughable.

At the end of his speech, he managed to drop all his paraphernalia on the floor and disappear altogether. We were subsequently treated to an empty podium accompanied by banging and shuffling, as he groped out of sight to retrieve the offending items. There was then a moment of true hiatus as, with bated breath, we waited to see if he would actually appear again. You could almost hear the sighs of relief when he finally popped back up and we then watched as he bemusedly followed the direction of the EU president to where he should now stand. And this bumbler, with an administration stuffed full of wokes, is the saviour of the Western world? Heaven help us all.