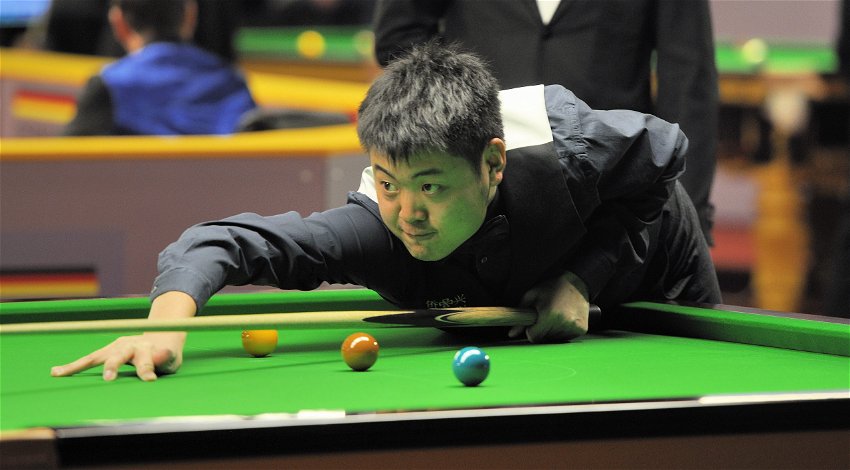 The snooker star Liang Wenbo, ranked 33 in the world, was charged and fined for assualting a woman in the street.

Wenbo, 35, of Abingdon in Oxfordshire, pleaded guilty to assault by beating at a previous hearing before being fined at Sheffield Magistrates’ Court on Friday April 1. He was fined £1,380 and given a 12-month community order for the “domestic-related assault”, the Crown Prosecution Service [CPS].

CCTV captured the attack in July, where he is seen arguing with the woman in Sheffield city centre before he repeatedly struck her. In the footage he can be seen dragging her to the floor where he carried on assaulting her despite the efforts of man trying to intervene.

A different CVTV camera showed him push her against the wall and punch her, as she screamed in distress.

“He has pleaded guilty and been fined £1,380 and given a community order.

“This was an evidence-led prosecution. We will always pursue domestic abuse cases where our legal tests are met.

“This type of behaviour will not be tolerated and the CPS treats such cases with the utmost seriousness.”

The Governing body the World Professional Billiards and Snooker Association said: “Wenbo has clearly been charged and found guilty of a serious offence.

“We were not aware of this incident and are very disappointed to read of such matters.

“Whilst we read that Wenbo has already been sentenced for this offence, we will now consider the position from our sport’s disciplinary perspective. Again, we are extremely disappointed to read this news today.”

Wenbo, who has been a feature on British snooker coverage, has won one ranking title. In 2016 he took the 2016 English Open reaching 11th in the world rankings.

He is scheduled to take part in the qualifiers for the upcoming World Championship in Sheffield next week, however the snooker star is facing disciplinary charges by the governing body for assaulting a woman it is not known whether he will make an appearance.