Tolkien’s original workings now online for all to explore 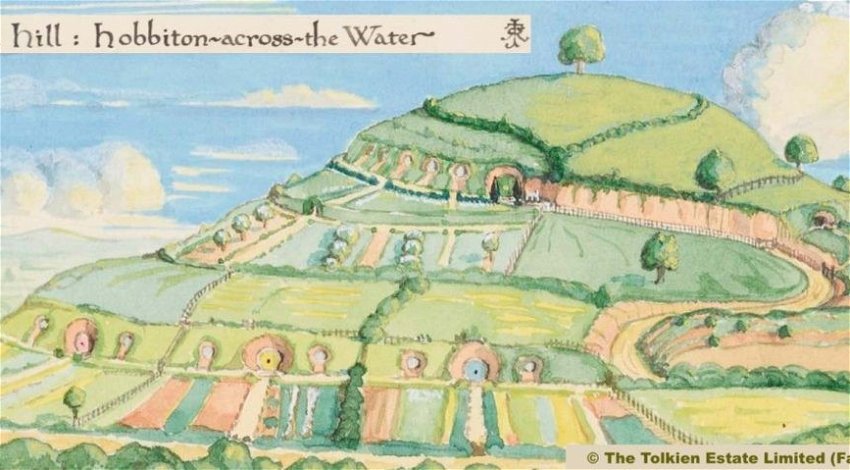 Lovers of Tolkien’s Lord of the Rings and the magic of Middle-Earth, can now explore his wonder world online where you will find all his original workings, drawings, maps and other media.

Tolkien not only used his writing to bring his stories to life but he spent many hours detailing Middle-Earth and life there as he saw it. Those details include many detailed sketches, drawings and artworks as well as extensive maps.

These take on a much-deeper element of myth, with wild-colours blending with scenery that melds into image in the background as if from a half-remembered dream.

Readers can now explore the magic of those stories online, to travel the adventures that he created and all online at the recently-updated section on the Tolkien Estate website.

His estate have added many items that were not included in his books, audio clips and other documents related to his personal life and efforts as a mapmaker, calligrapher, and artist.

The new audio section is also particular worthwhile visiting, according to his estate: “Tolkien was first introduced to a tape-recorder by his friend George Sayer in 1952.

“He was so impressed with the sound quality that he sat down and read out passages from his manuscript of The Lord of the Rings”.

Tolkien created one of the most beloved and enduring stories and at one of the worst time in the world’s history with WWI in full swing. It was a case of sign or be ostracised.

One of the letters he wrote to his son Christopher much later in his life said: “In those days chaps joined up, or were scorned publicly. It was a nasty cleft to be in for a young man with too much imagination and little physical courage.”

A junior officer at the Battle of the Somme, one of the bloodiest of the war, he caught trench fever and was shipped back to England just days before nearly every young man in his battalion was killed during an attack. A bit of luck that was not lost on him.

His first book, the Hobbit was written some years after the war becoming an instant hit. The public called for more convincing him to write more about the quaint little people who live under the hills.

A foreword in the Fellowship of the Ring says: “In spite of the darkness of the next five years [World War II] I found that the story could not now wholly be abandoned and I plodded on, mostly by night.”

Using other myths and legends Tolkien pulled bits from different parts of his life together to create the stories, and unlike many novelists who sit down and write he pulled painting, maps, drawings, musing from many years together into the books. He even created languages to give life to his books and the creatures in it.

Now that Tolkien’s original workings are online, they will draw in many news fans ready to explore Middle-Earth.