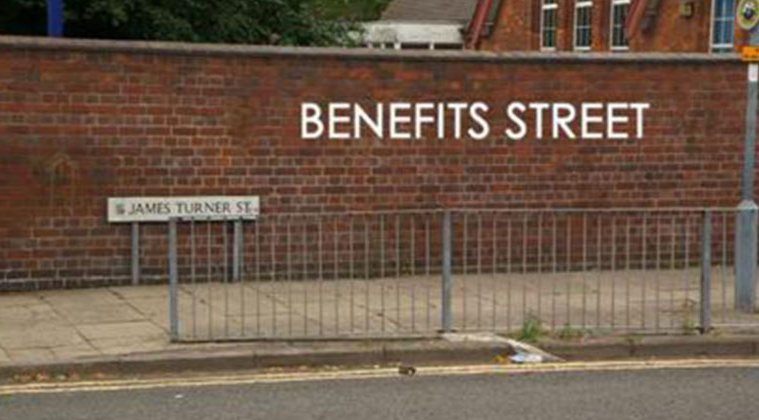 AS prices for essentials rise against a backdrop of war, Covid-19 and the climate crisis, once again the right-winger on the street has to weigh in with their opinion on how people less fortunate than themselves should be living.

It used to be about how unemployed people and the working poor had smartphones and flatscreen TVs, egged on by disgusting programmes such as Benefits Street, as if in 2010 these items were space-age technology and not the everyday items they already were at that time.

Then it moved on to people posting recipes for bland meals with very little nutritional value that could apparently be made for pennies, as some sort of gotcha moment against poor people, not accounting for the cost of getting to the supermarket and the energy used to heat the food in the first place. Now after 12 years of Tory misrule we arrive at a time in which people are turning down root vegetables at food banks because they cannot afford to cook them, and there is still a band of uncompassionate fools who think their views about the lives of poor people are necessary and wanted.

Heating your home and eating more than plain boiled pasta has, in the outlook of some, become a luxury that some people are not worthy of. This isn’t a moral failing on the part of the people who cannot afford to boil potatoes, but rather on the people who hold such abhorrent opinions about them.

The Conservative, capitalist media machine has always done a stellar job of convincing people that they are closer to becoming a millionaire than they are to becoming homeless, but we should all know by now that the very opposite is true.

While Rishi Sunak is married to a woman richer than the Queen and is believed to be the wealthiest man in the House of Commons, and that is no mean feat, he tries to come across as a man of the people and some people buy it.

A man who had to borrow a mid-price car from a supermarket worker to pose for a photoshoot announcing a pitiful reduction in fuel prices, when there are nurses and teachers who can’t afford to drive to their jobs.

A man who then tried to tap his contactless bank card under a barcode points scanner, so out of touch with the day-to-day he is. He then heads back to parliament to announce a Spring Statement that will disproportionately punish people on fixed incomes such as pensioners and carers, and still, there are people who think the worst cost of living crisis since the 1950s is something that poor people should just be ‘navigating better’. It is baffling. According to the Resolution Foundation, 1.3 million people will be plunged into absolute poverty under the Spring Statement.

Instead of those people offering up so-called advice to those who are under attack, their energy would be better off spent fighting back before the next wave of cuts claims them too.