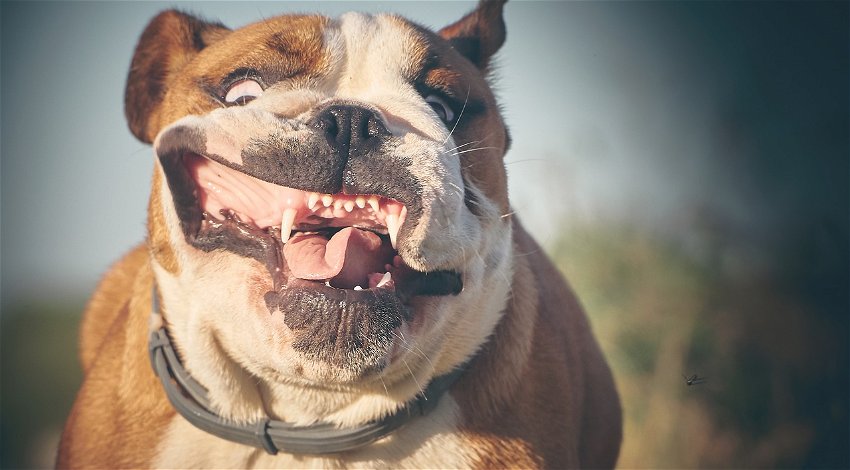 A 10-year-old girl has been left with horrific neck injuries after an out of control bulldog choked her when it wrapped its lead around her.

The incident happened in Bolton on Monday, March 28, the Manchester Evening News reported.

Eloise Ashley was playing with a friend on Little Brow Park in Bromley Cross when the accident happened.

She was stroking a small dog when the large bulldog bolted towards her.

Witnesses said its lead became wrapped around the child´s neck – choking her in the 20-second horror event.

The girl, who was left bleeding from the neck, returned home in tears and had difficulty eating.

Her father Anthony told how the bulldog owner is said to have “abruptly” left the park after the incident.

He said his daughter “was crouching down and stroking the dog and apparently a man walking a large bulldog appeared and the dog bolted towards the other days.

“In doing so, the lead wrapped across her neck and the dog was continuing to pull and chase the other dogs and her neck was all caught in the lead.

“That lasted for a good 20 seconds or so. She was trying to get it off her but the dog was pulling so hard. My daughter’s friend was trying to help, they were able to get the lead off her neck.

“The guy basically walked off quite abruptly with that dog on the lead and left the scene.

“I was horrified to be honest,” Mr Ashley added.