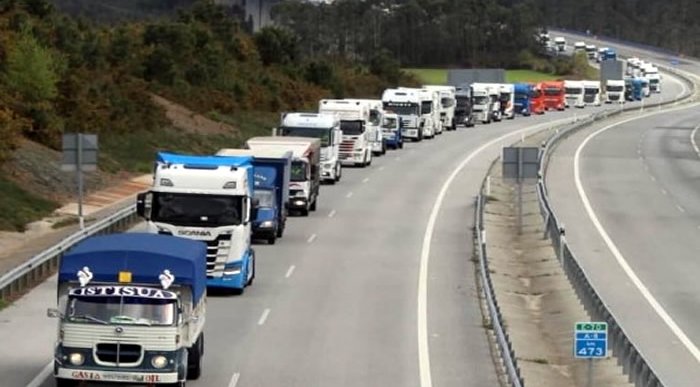 After 20 days of demonstrations, transport workers in Spain agree to ‘temporarily suspend’ their strike

After 20 days of demonstrations, the Platform for the Defence of the Road Transport Sector has today, Saturday, April 2, agreed to ‘temporarily suspend’ the strike action that they began on March 14.

This decision was reached after consulting with around 100 transport sector workers who attended an assembly at a service station in the Madrid town of San Fernando de Henares.

Manuel Hernandez, the president of the Platform had assured earlier in the day that today’s assembly would serve to ‘make the corresponding decisions’. Even though the strike has been suspended, a new one can still not be ruled out he said.

During his speech at the assembly, Mr Hernandez stressed that it is time to ‘be smart, and know how to manage the strength that the group has harvested in recent weeks, to strike the second blow, which is going to come”.

“We have to organise ourselves even more in the provinces and prepare ourselves, so that, in a short period of time, we can return to act with more force”, the president explained to the attendees minutes before they voted by a show of hands.

Before knowing the result, the spokesman for the Platform already announced that the strike “was called with some objectives, and until they are achieved, nothing will be called off”.

With the temporary halting of the strike agreed this Saturday morning, the Platform seeks to organise itself, even more, to ‘represent the workers’. Hernandez announced to the carriers that they are going to start talks with several associations that ‘wanted to leave that mafia Committee (alluding to the CNTC)’.

In the next few days he said they will develop the mechanism so that those interested can join the Platform. They will then draw up a signed and stamped document with their transport cards, as reported by 20minutos.es.