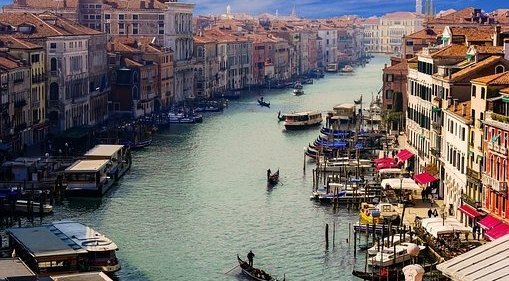 A man who bought a house in Italy for 85p was ‘forced’ to give it up.  Danny McCubbin had bought the house as part of the ‘Case 1 Euro’ campaign.

Danny had planned to renovate the house in Sicily’s Mussomeli, after having bought it at a bargain price of 85p. Conditions on the sale meant that he had to renovate it within three years though. As reported by The Daily Star on April 2, Danny was unable to find workers and could not meet the strict deadline. This meant that Danny had to give up the house.

Aussie Danny had previously spent 17 years living in the UK. His plans in Italy were hit hard due to construction industry shortages. When he was unable to renovate his home within the short time frame he had to resell the house to the estate agent.

Danny told iNews: “It was very difficult to find a builder and over time the house deteriorated.

“By the time I did find a building company, it was double the cost to renovate it. I decided it was not worth it for me anymore.”

The Italian town only has 11,000 people living in it. Since giving up the first house Danny has bought another property that only required a little work. He is now settled in his new home and helps vulnerable families from his community kitchen.

Danny explained: “I moved here at the end of December 2020, because I wanted to live in Italy when Brexit happened.

“I’ve always wanted to live in Sicily, my parents loved the countryside. So I asked myself what was missing in Mussomeli and I came up with the idea of The Good Kitchen.”

It is hoped that other foreigners buying cheap properties to modernise will not be hit by labour shortages. Mussomeli’s deputy mayor Toti Nigrelli commented: “Local enterprises, which are busy with renovations until 2024, are forced to turn down new contracts, but soon there will be an influx of new builders from abroad to help out.”