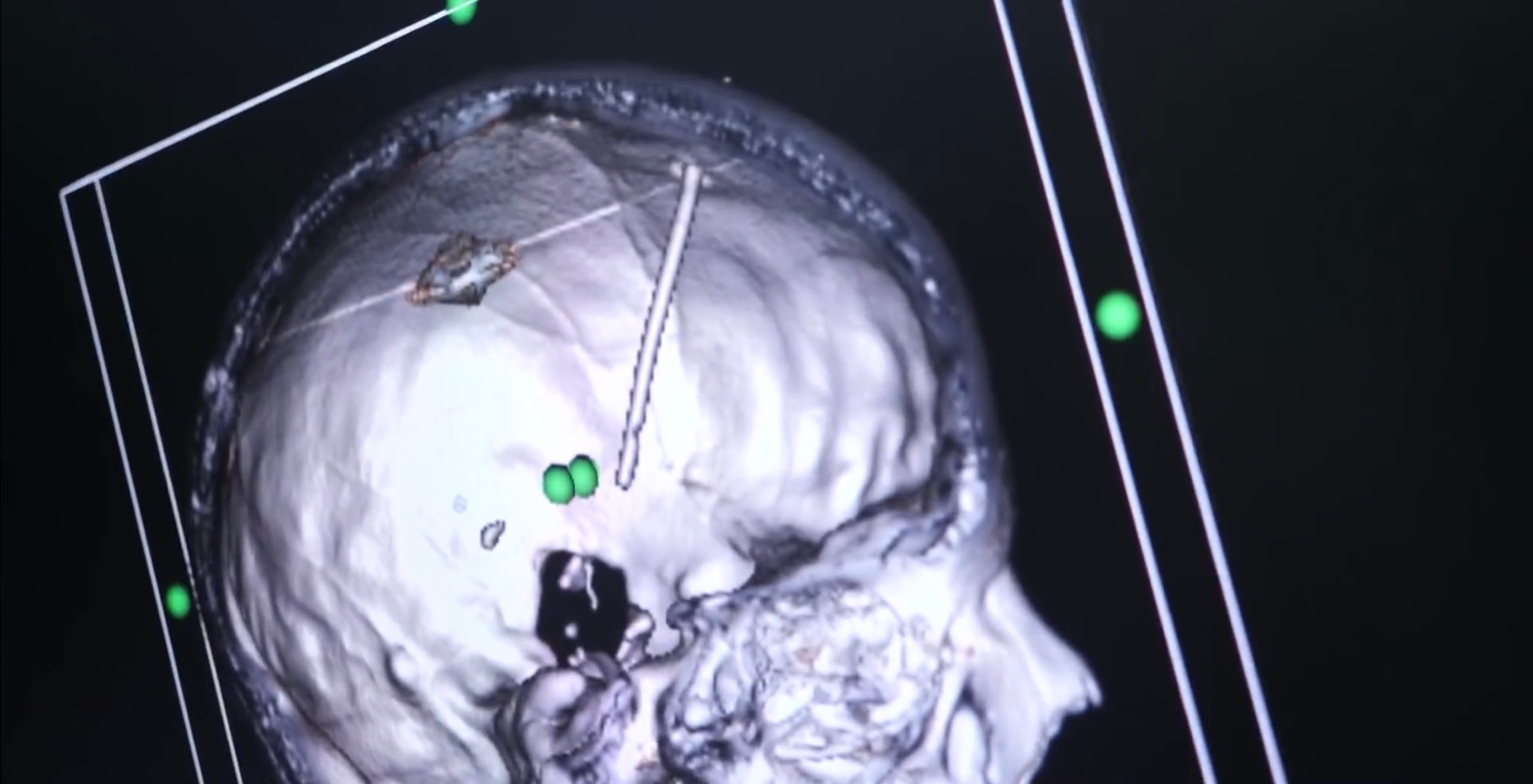 A 13-year-old girl is recovering after a piece of shrapnel the size of a peanut was lodged in her brain following a Russian attack on her village in southern Ukraine last month.

If the metal fragment had moved just a centimetre it could have hit a vital part of the brain that could have killed her.

She is recovering in Ohmatdyt children’s hospital in Kyiv, her head shaven and bandaged, with a tube sticking out the top to drain off fluid.

Due to the disruption in the war-torn country, Sophia had to wait three weeks to be taken to this hospital – the only one in the country with the specialist equipment required to remove the shrapnel that had blasted through her skull and stopped in the middle of her brain.

Her mother, Liudmila, managed to transfer her daughter there via the city of Odesa, from their local hospital, in the nearby city of Mykolaiv, close to the Black Sea, where her condition had been stabilised.

Sophia told of the sudden attack of March 5 that hit her house and almost killed her: “I was standing next to my mother and heard some explosion.

“I ran – only three steps. Then I heard another explosion. And then I lost consciousness.

“I woke up when my parents took me to the basement of our house. My mum took my legs and my father took my arms. And then I passed out again.”

Sophia and her mother Liudmila, 48, had been outside their home at the time in an area that is still facing attacks.

For security reasons, the family did not wish to give their surnames.

Liudmila, who received a cut close to her left eye from the blast, thought her daughter was suffering from concussion.

“Only once in the hospital I understood that something was in her head,” she said.

Pavlo Plavskyi, the top paediatric neurosurgeon at Ohmatdyt children’s hospital, successfully removed the shrapnel in a ninety-minute operation on Wednesday.

He had to cut out a top section of Sophia´s skull. Then, using long instruments he was able to retrieve the shrapnel and return the piece of skull.

She is recovering on a bed in the hospital basement – safe from the threat of airstrikes that still hangs over Kyiv – and is dreaming of a new guitar, SkyNews reports.