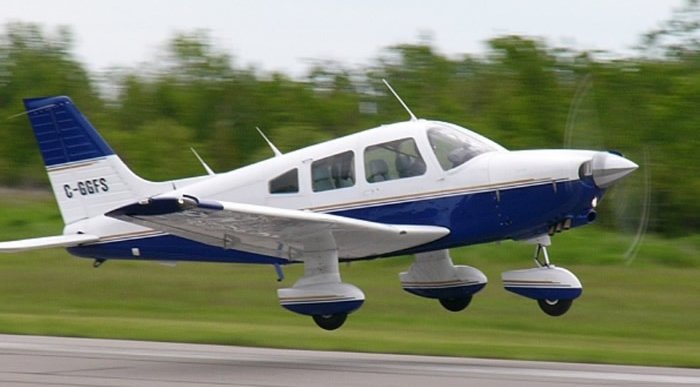 A Piper PA-28 single-engine light aircraft crashed into the English Channel this morning, Saturday, April 2. It is believed that two people were on board at the time the plane went down. An emergency search operation was subsequently launched.

According to publicly available flight records, the privately-owned four-seater Piper PA-28R-200 Cherokee Arrow II took off at 7.56am this morning from Wellesbourne. It was scheduled to arrive at the French airfield of Le Touquet, but disappeared from the radar at 9.02am somewhere over the Channel.

A spokesman for the French emergency services said, ‘It crashed into British waters for an unknown reason’. Adding, ‘British Coastguard launched an operation supported by French aircraft and boats including the Abeille-Languedoc tug, which has been chartered by the French Navy’.

As reported by a spokesperson from France’s Maritime Prefecture, ‘The missing plane took off from Wellesbourne Mountford Airfield, near Stratford-upon-Avon, on Saturday morning’.

‘The plane was travelling from Wellesbourne to Le Touquet, with two people on board, before it disappeared off radars’, they continued. It was also confirmed by sources in France that the two occupants of the aircraft were British.

By nightfall at 8.30pm this evening there has still been no sign of the aircraft. Ships navigating the Channel were informed to be on the lookout for possible debris. The plane is known to have been built in 1976, making it 46 years old.

The Prefecture spokesman said, ‘The search continued all afternoon, without being able to locate any debris or aircraft wreckage. At the beginning of Saturday evening, without additional elements and the probable sector of disappearance having been fully investigated, the searches were suspended’.

Adding, ‘They will resume tomorrow morning with a flight by the Dauphin helicopter’. Small aircraft usually have lifejackets and a liferaft as part of their standard onboard equipment. Even if the plane sunk, rescuers would hope to locate the two occupants floating in the liferaft, somewhere on the water, as reported by dailymail.co.uk.