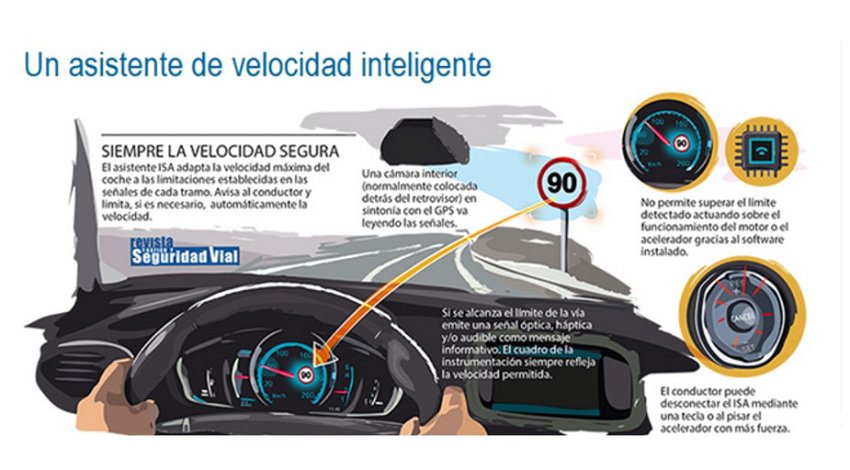 New models of cars on sale from July 6 will be fitted with a speed limiting device, the DGT says.

The official Twitter account of the DGT posted a tweet on March 30 to remind users that the new ISA (Intelligent Speed Assistance) system will come into force across the European Union.

ISA uses a speed sign-recognition video camera and/or GPS-linked speed limit data to advise drivers of the current speed limit and automatically limit the speed of the vehicle as needed.

The new Renault Austral or the new Ford Ranger will be two new models that should be equipped with the ISA system in Europe. But anyone buying a new car that was already on sale before 6 July, such as a CUPRA Formentor or a Toyota Yaris Hybrid, will not be equipped with ISA, MotorPasion reports.

However, from 2024, all new cars to be sold in the European Union will be equipped with the ISA system.

ISA systems do not automatically apply the brakes, but do limit engine power preventing the vehicle from accelerating past the current speed limit unless overridden.

The system, which initially alerts drivers exceeding the speed limit through a visual and audible warning, is hailed as one of the most important innovations in vehicle safety in recent decades.

It is estimated that ISA systems can reduce accidents by 30% and deaths by 20%.

If the driver ignores the inital warnings then the accelerator will start to vibrate and will become increasingly hard to press.

At all times it is possible for the driver to override the system but it will reactivate the next time the engine is started.