Alex Beresford crowned the winner of All Star Musicals 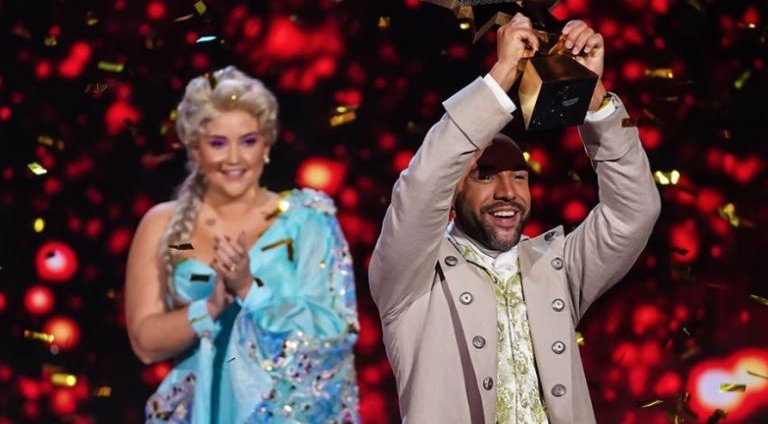 On Sunday, April 4, Alex was crowned the winner of the hit show. Commenting on his win Alex revealed: “It felt absolutely amazing. It was surreal. We were all standing there on stage and waiting for them to call a name and when I heard Al.. I was like ‘oh my God, it’s me’ and it was just the best feeling in the world. I’ve never won anything like that before.”

He went on to add: “After my performance when I was listening to the judge’s comments, they were saying such lovely things and it just really touched me and my eyes welled up. I was holding my tears back- I didn’t want to blub on national television!”

According to ITV, when asked about his experiences on the show Alex explained: “The whole experience was amazing. Although, I thought we were going to rehearse more. The best thing that I did was I just rehearsed at home all the time. I think that’s the difference. When I did Dancing On Ice you can only rehearse on the ice really, whereas this was something that I can do in my own time. I would run through my performance all the time, I even did it in the shower!

“To hear the band play your music on the day was one of the best feelings because I was rehearsing with a little quiet piano version. I heard the full ensemble and the band play and I stood on the stage for the first time during rehearsal and it literally hit me in the chest, how great my instrumental was.

“It was everything that I imagined and more and it just all came together and it was such a great feeling. I think it meant so much because you wanted to just do a great job. Because as you know there is only one shot. All of us were saying ‘so if you mess up’ and they were like ‘nope, if you mess up you carry on’. And of course that frightened the life out of all of us. I’m there thinking to myself if I stumble over my rap, you are just exposed. At the end of the day the songs have got important messages and you can’t rap in a way that people can’t understand or hear what you are saying. You know the audience at home or the audience in the theatre needed to understand what you were saying so there were some challenges and I think that is why I was so scared of taking on the song.”

When quizzed on whether Good Morning Britain presenters would be good for the show Alex commented: “I think Kate [Garraway] has done something similar, I think she might be good.

“Susanna sings in the corridors. She was the one that worked out that I was doing something on Hamilton because we were in the studios and I was rehearsing my song but very quietly, she heard one line and she went ‘you are singing Hamilton, why are singing Hamilton!’ At the time I didn’t know how popular Hamilton was and I was like ‘oh do you know that song?’ and she was like ‘Hamitlon is my favourite musical, I’ve been several times’.

“I swear Ben [Shephard] did Musical Theatre and he’s got a dancing degree or similar but he’s never done a Strictly or anything like that. It’s probably about time he stepped up!

“They are all great performers. If one of them wanted to do it, I am sure they could.”