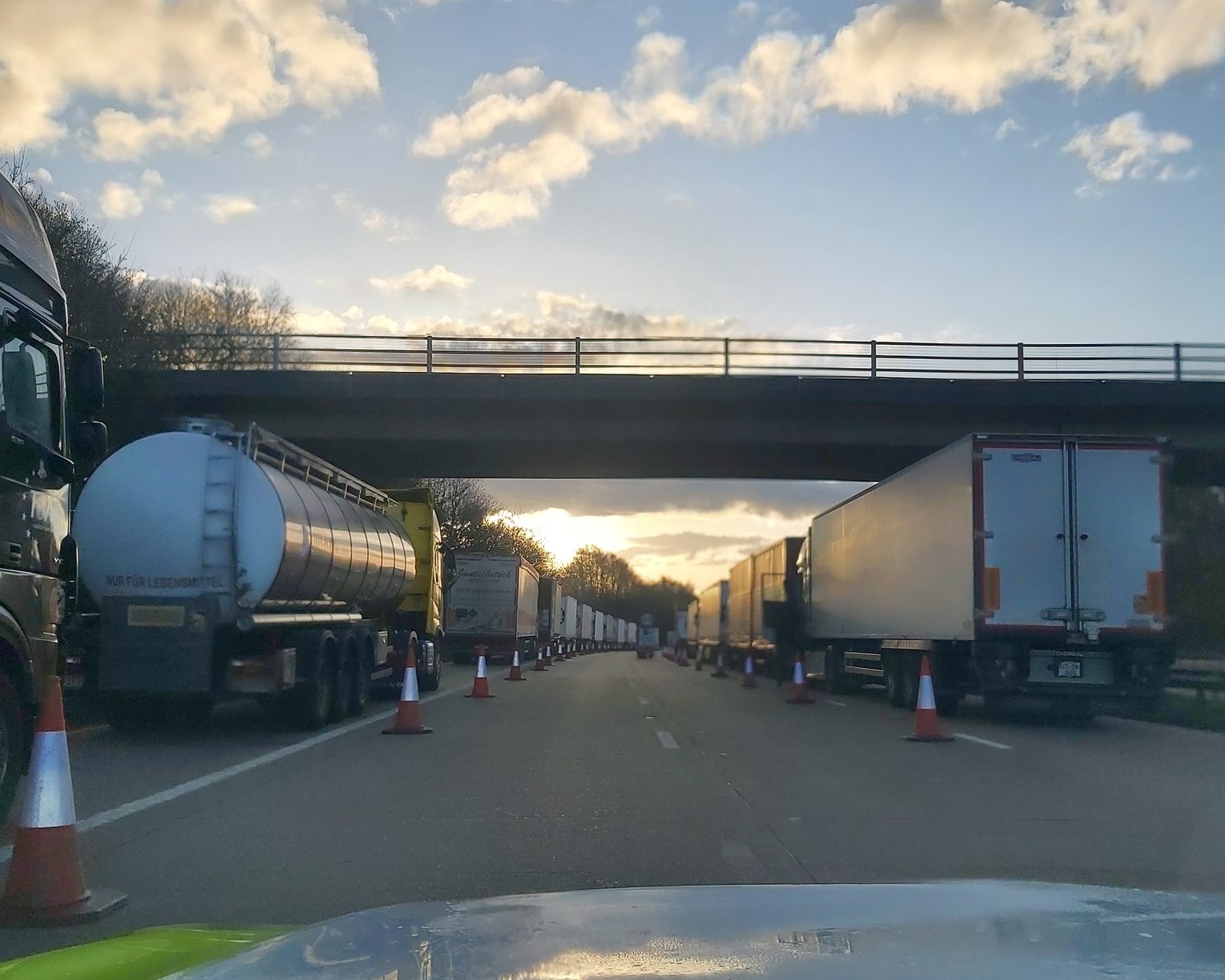 The major delays in Dover that were reported over the weekend are set to continue today Monday April 4th, with P&O ferries yet to return to normal schedules and a train believed to be stuck in the Channel Tunnel.

Following the firing of oceangoing staff by P&O ferries, the company has had to withdraw most if its fleet as they have either been deemed unseaworthy or have required staff to be retrained before being put back into operation.

As a result authorities put operation Brock into force in an effort to control traffic in the area as the number of trucks struggling to get a crossing grew. Holding areas have been opened and trucks are being channelled through these in an effort to manage the situation.

There’s been a third night of disruption for lorry drives attempting to cross the Channel – due to ferry shortages at Dover. Once again, freight vehicles are having to park on the A20 and the M20. P&O services remain suspended, and DFDS is running with fewer ferries than usual.

Locals in the area have according to Kent Online been unable to move around as normal with all roads congested and many at a complete standstill.

The situation has also affected traffic on the M20 and A2 motorways with slow moving traffic in all areas.

The A2 Jubilee Way coast bound is closed again today to prevent HGVs trying to bypass the holding areas from A256 Whitfield Hill and roundabout to A20 Eastern Docks roundabout.

There is also no access from the A256 coming out of the port, but traffic officers may let the occasional local car through closure points, but only for locals and not any port traffic.

I’ve lost track of how many miles of trucks we’ve already driven past on the M20, and we still haven’t reached the end. Mostly two lanes of queued trucks. Operation Brock in progress and Project Fear very much Project Reality. It’s totally insane. pic.twitter.com/vj5322gtYo

Ferry firm DFDS say there are no delays on their Calais to Dover sailings at the moment and say it is only freight traffic queuing on the roads and those vehicles are sticking to one lane approaching the port.

A tweet said there were still delays within the port at Border Control, but there were no queues at their DFDS check in terminal.

According to the authorities the coast bound carriageway is only to be used by freight traffic with a diversion for non-freight traffic which takes people on to the A20. All freight comes off at Junction 8 and is then be sent back down into the holding areas. The London-bound side remains open to all traffic.

With some people having waits of up to eight hours to get onto ferries at Dover, travellers complained of “No communication at all from port staff.”

Nick Gale, a teacher from Kent travelling with his family to Calais for a trip to Amsterdam, said they had been stuck for “over two hours” on Saturday and missed the ferry they were booked on.

The Major delays that have been reported in Dover are reminiscent of Brexit and constitute a major own goal for P&O Ferries.