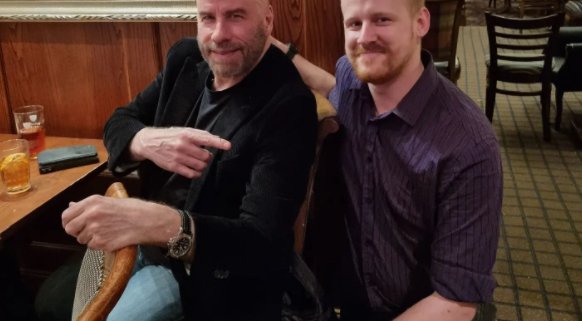 Heartthrob John Travolta has wowed shoppers and punters at a bar in Norfolk when he mingled with locals days after presenting at the Oscars, the Mirror reported on Monday, April 4.

The 68-year-old Hollywood actor appeared at the Fakenham branch of the Morrisons where he was happy to pose for snaps with fans.

Security guard Gary Middleton told the Eastern Daily Press: “I didn’t even go up to him. He just came up to me and shook my hand.

“He looks a bit different to the way people remember him from the 1970s and 80s, or with his long, dark hair from Pulp Fiction. But you could tell who it was from the smile in his eyes. We had a really nice chat.

“We had a really nice chat,” Gary added.

As fellow shoppers realised they were shopping alongside an A-Lister, many gathered around to say hello.

The Pulp Fiction star had just days earlier presented Will Smith with his Best Actor award for King Richard at the Oscars.

Travolta, who is said to be in Fakenham for his new film Paradise City, also went to Wetherspoons pub, The Romany Rye, in Dereham, Norfolk.

One staff member shared a snap of himself with the relaxed looking actor at The Romany Rye.

Writing on Instagram, he posted: “So… I met John Travolta at work… a little starstruck to say the least.”

At the Oscars, on March 27, he took part in a Pulp Fiction reunion with Uma Thurman and Samuel L Jackson.

He reenacted his famous dance scene with Thurman in the Quentin Tarantino film, released in 1994, which received a huge applause from the crowd.