Now Streaming – Trust No One: The Hunt for the Crypto King 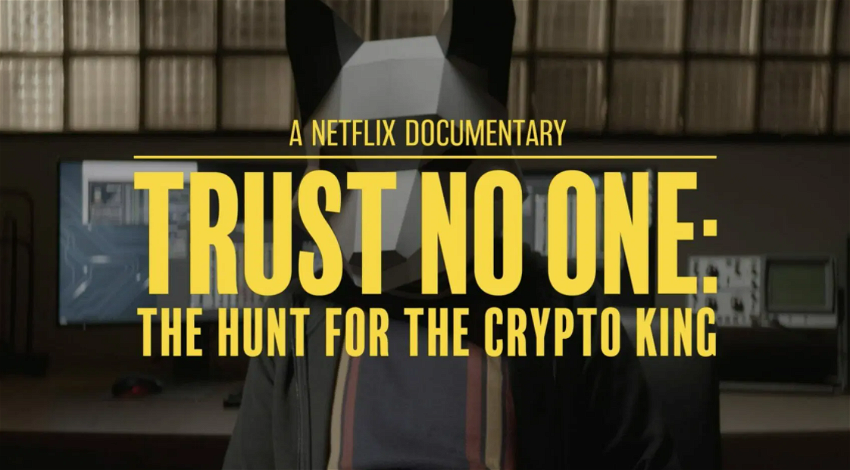 Now Streaming - Trust No One: The Hunt for the Crypto King. Image - Twitter

The fascinating Netflix documentary Trust No One: The Hunt for the Crypto King, delves into the baffling true story of how a cryptocurrency trader mysteriously disappeared, sending millions of currency into the abyss and prompting conspiracy theories about his supposed death.

Luckily, you don’t need to know much about cryptocurrency to follow Trust No One: The Hunt for the Crypto King, which investigates the story of Gerald Cotten and the many people who ended up with empty bank accounts after investing in his cryptocurrency exchange QuadrigaCX. This documentary has a mediocre 42 per cent audience rating on Rotten Tomatoes, but at just 90 minutes long, it’s worth a watch, particularly for those interested in cryptocurrency, scams and conspiracies.

Simply put, Cotten’s QuadrigaCX took investments, converted them into Bitcoin and traded the currency with the hope of returning a profit, taking a percentage of each transaction. His business started pretty lucratively, riding off the boom of Bitcoin’s sky-rocketing share values.

At the time of Cotten’s death when he was travelling with his girlfriend in India at the age of 30, QuadrigaCX was Canada’s largest Crypto exchange and was holding over $200 million worth of clients’ money. However, nobody but Cotten could access the keys and passwords for the company’s accounts, meaning all of the money was locked away and everyone who had invested was left with an empty bank account.

We hear of clients who had invested their life savings, like San Francisco software engineer named Tong Zou, who invested $400,000 of his money only to be left unable to cash out. Other investors band together via an internet forum to try and figure out what has really happened with Cotten – did he fake his own death? Or is the story of him dying in India due to complications with his Crohn’s disease true?

This documentary is an interesting and baffling look at a seemingly harmless “nerd” turned crypto-king, his disappearance and the creation of various conspiracy theories as angry investors desperately try to figure out how they will get their money back. Blockchain and how cryptocurrency works is only glossed over, focusing more on Cotten, his background and the investors left behind.

Trust No One: The Hunt for the Crypto King is available to stream on Netflix now.