Poland is prepared to host US nuclear warheads on its soil 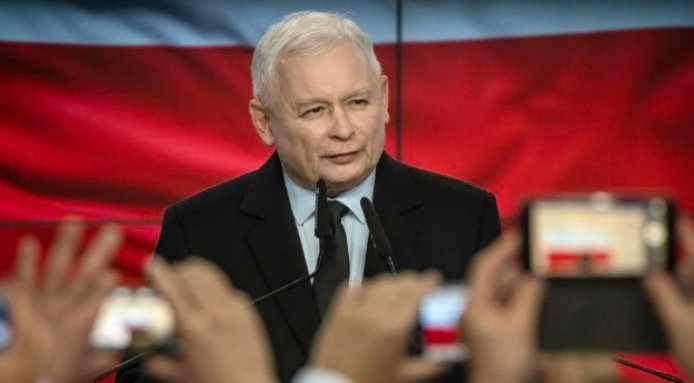 Poland is prepared to host US nuclear warheads on its soil. image: [email protected]

Jarosław Kaczynski, the Polish Deputy Prime Minister, in an interview with the Sunday edition of the German newspaper “Die Welt”, said that Poland would be willing to host US nuclear warheads on its soil. He also advocated reinforcing his country’s troops on NATO’s eastern flank.

“Basically, it would make sense to expand the nuclear presence on the eastern flank”, said the president of the Law and Justice Party (PiS). Although he clarified that for this, the initiative would have to come from Washington.

Kaczynski proposed increasing the US troop presence in Europe from 100,000 to 150,000. Half of which should be permanently stationed in Eastern European countries, on the borders with Russia, he explained.

“The soldiers of the American nuclear power are the strongest factor in preventing Russia from attacking NATO countries, and the one that provides us with the greatest security”, argued the PiS leader.

In addition, Kaczynski asked for the creation of a large operational centre of the Atlantic alliance in Poland, from which missions can be planned and directed. “It would be a clear signal to Moscow, which would mean that the NATO leadership is now also present in the east”.

Kaczynski also questioned Germany’s stance towards Russia, a situation with which he declared himself “very dissatisfied”. Berlin could supply more weapons, or position itself in favour of a Russian oil embargo he suggested.

The ultra-conservative politician, considered by many analysts to be the de facto leader of Poland, argued that Russian gas imports are more difficult to replace, but that in the case of oil, which gives a revenue five times greater than Moscow, it is possible.

“For years, the German government has not wanted to see what Russia is doing under Putin”, Kaczynski highlighted. Adding that “it was not difficult to predict what would happen, but Berlin always pretended to know everything better”, as reported by lavanguardia.com.