Tourist figures expected to return to 80 per cent of pre-pandemic levels, says Minister 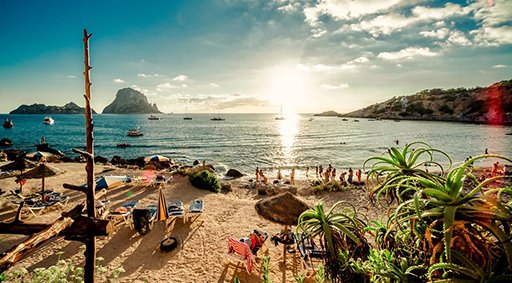 Data from the Frontur and Egatur surveys released today, April 4, by the National Statistics Institute (INE) indicate that Spain will seeing a welcome return to near-normal tourist numbers for April.

In February, Spain regained 71% of the international tourist market who arrived in the pre-pandemic period (February 2020), reaching nearly 3.2 million travellers, and the level of expenditure stood at 78%, exceeding €3.7bn. Now the expectation is that tourist numbers for Spain will hit 80 per cent of pre-pandemic levels.

The United Kingdom is the main source market with nearly 580,000 tourists, representing 18.3% of the total, while tourists from France spent more on their trip than two years ago, according to data from the surveys released today by the INE.

“In February the trend of recovery in international tourism has been consolidated with a growth of more than 670,000 travellers compared to the previous month, which shows the perception of Spain as a safe destination.

“We expect this trend to intensify significantly ahead of the first milestone in the 2022 holiday calendar, Easter.

“Our forecast is that in the month of April we will be able to recover around 80% of the pre-pandemic international tourists”, said the Minister of Industry, Trade and Tourism, Reyes Maroto.

The Canary Islands, with 968,004 visitors, was the main destination for international tourists (3 out of 10 opted for this archipelago), mostly British and German; followed by Catalonia (with a share of 19.6% and 619,390 travellers) and Andalucia (13.5% and 425,307 visitors). Catalonia was mainly visited by tourists from France and other European countries, while Andalusia received mainly British and French tourists.

The average expenditure of French tourists, at €1,190 euros, is also higher than in the pre-pandemic stage, when it was €1,066 euros.