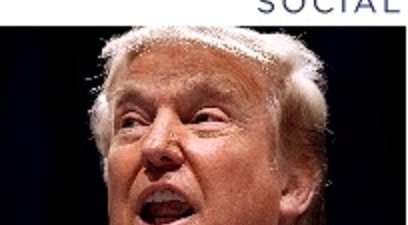 Former US President Donald Trump announced he was planning to launch the Truth Social app after he was banned from Twitter, but months later it has been branded a total disaster.

Making the announcement Trump said at the time it would be revolutionary technology company, adding: “I created Truth Social… to stand up to the tyranny of big tech.”

Trump who is who is well known for spreading misinformation and half-truths added: “We live in a world where the Taliban has a huge presence on Twitter yet your favourite American president has been silenced.”

Trump, who was banned over his alleged incitement of protesters who storm the capitol buildings, launched the app on Presidents’ Day, February 21, but it has yet to go live with a waiting list of nearly 1.5 million unable to use it.

Twitter’s decision was taken over the false claims by Trump who had said the election had been “stolen”, the platform banning him for life.

Joshua Tucker, Director of NYU’s Center for Social Media and Politics, said: “It’s been a disaster,” with Republican allies saying: “Nobody seems to know what’s going on.”

Devin Nunes, the app’s Chief Executive has said the app would be operational by the end of March and that Trump would start posting his “truths” in the coming days, but neither has happened.

His followers are frustrated and technology experts baffled as to what is going on. Those that have signed up complain of being on a waiting list but nothing is or has happened, while experts surmise as to what the problem may be.

Some experts believe that the app, which in looks is not dissimilar to Twitter, has experienced problems with the platforms it is trying to use including video sharing app Rumble.

Trump is said to be furious, asking why more people are not using Truth Social with his more than 750,000 followers not having heard any of his “truths” for more than a month.

Mr Trump retains star quality and any “free speech” app would bend over backwards to have him on its platform, but at the moment, Truth Social branded a disaster has become a little embarrassing.