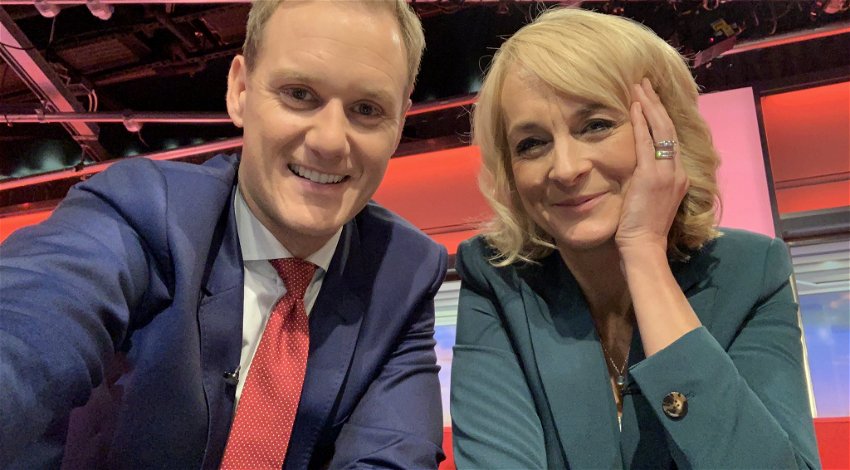 ON April 4, BBC Breakfast news host Dan Walker revealed that he was ditching the Beeb for Channel 5 and friends and fans alike have been reacting to his shock announcement.

BBC Breakfast thanked the host for his time with the show: “After 6 years Dan Walker is leaving BBC Breakfast, even @sallynugent can’t believe it!”

In the clip posted to Twitter, current co-host Sally Nugent noted that the pair had been friends for 20 years but had only worked together for six months.

Walker explained that the decision wasn’t motivated by money but rather an opportunity to “work with a brilliant team at Channel 5 and also make other programs outside of the news.”

After 6 years @mrdanwalker is leaving #BBCBreakfast 😢 even @sallynugent can't believe it!

50-year-old Nugent wrote on Twitter before the show: “We’re not just colleagues but we’re friends too. Dan is simply brilliant to sit next to. I will miss him. Go and be fabulous.”

Former breakfast co-host Louise Minchin, who also quit last year after 20 years with the BBC, shared a picture of the pair on Twitter and noted that she enjoyed taking selfies of the pair during their six-year run together.

“Dan Walker leaving BBC Breakfast reminds me of the fun we had, six years on the sofa, and the endless selfies which still occupy my phone,” she wrote.

.⁦@mrdanwalker⁩ leaving ⁦@BBCBreakfast⁩ reminds me of the fun we had, six years on the sofa, and the endless selfies which still occupy my phone. 🤳🏽 pic.twitter.com/m2bhr2S38n

Ian Dennis, senior football reporter at BBC Radio 5 Live and Match of the Day, said: “Sorry to hear you’re leaving the Beeb big man but wish you well in your new move. Always been fun when working with you.”

TV host Ben Shepard wrote: “I’m hoping there will be ceremonial destruction of the alarm clock on socials that we can all enjoy ……and be jealous of!! Enjoy the lie-ins and good luck with the new challenge!”

The former Football Focus host will be missed by many people who enjoyed his work on the BBC, with some fans reacting to the news with disappointment.

One person stated: “Having quit Football Focus and now Breakfast not sure when I’ll see you on TV, certainly won’t be switching to C5 any time soon. Shame cause you are mine and my wife’s favourite presenter.”

Another said: “You had big shoes to fill when Bill Turnbull left, but you proved you were up to the challenge, with a great sense of humour, nearly on a level to Bill. Good luck with your new role and enjoy your lie in each morning.”

The 45-year-old made the announcement via a video on his official Twitter page: “I have a little bit of news for you”, he started. “In the next few weeks, I’m going to be leaving BBC Breakfast and moving to 5News and to Channel 5”.

“And what an honour to step into the shoes of Sian Williams. I know how popular she is with both the team and the audience. All I can say is I will do my very best to maintain her incredibly high standards”, he concluded.