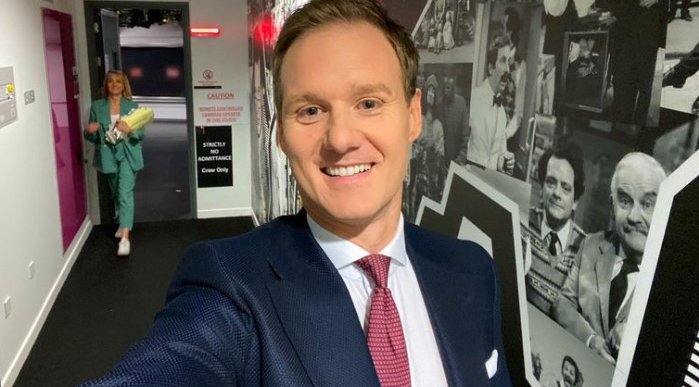 After six years with the BBC, Dan Walker is quitting and heading to Channel 5 News

Another major name has ditched the BBC this Monday, April 4, as 45-year-old Dan Walker announced that he was quitting. The breakfast presenter revealed that he is joining ITN’s Channel 5 News as lead anchor, after six years with the Corporation.

In a statement, the journalist said, “I can’t wait to get stuck into the daily news show, but I am also excited about making some great new TV for Channel 5”.

Adding, “I love their ideas and creativity, and it’s rare to get an opportunity like this where paths and ambitions meet. The chance to do something different was too good to turn down”.

On Monday morning, Dan took to his official Twitter page and shared his news with a video. “I have a little bit of news for you”, he started. “In the next few weeks, I’m going to be leaving BBC Breakfast and moving to 5News and to Channel 5”.

“And what an honour to step into the shoes of Sian Williams. I know how popular she is with both the team and the audience. All I can say is I will do my very best to maintain her incredibly high standards”, he concluded.

The well-respected presenter has now joined a line of top people to quit the company. Andrew Marr, Emily Matis, and Jon Sopel have all jumped ship recently. Louise Minchin, his former breakfast show co-host also left last year after 20 years with the BBC, though that was because she wanted to spend more time with her family, as reported by dailymail.co.uk.

Thank you for all your kind comments.
Big decision for me to leave Breakfast but I’m really excited to join 5 News & Channel 5.
It’s been a privilege to work with some amazing people at Breakfast and I’ve had such a happy 6 years there.
See you back on the sofa tomorrow 👍🏻 pic.twitter.com/haieEpiZSD