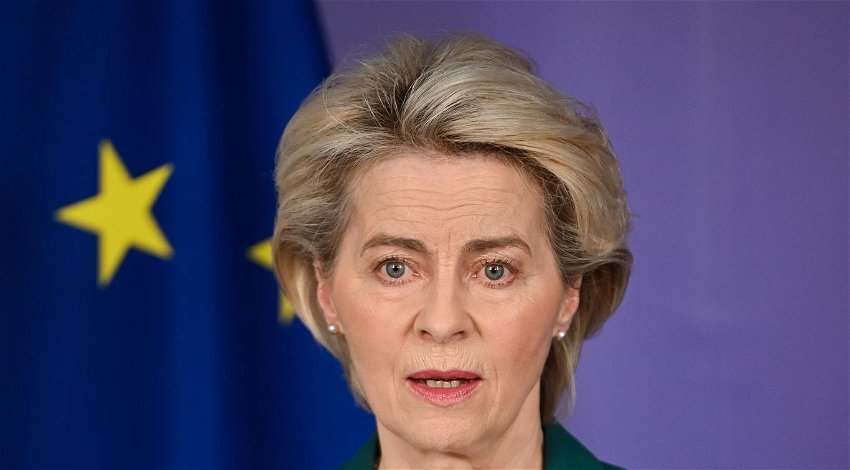 THE European Commission has proposed a fifth round of sanctions against Russia on Tuesday, April 5, which includes an import ban on coal worth €4bn per year. The new sanctions follow the alleged war crimes committed by Russian troops in the Ukrainian city of Bucha.

The president of the European Commission Ursula von der Leyen, who is set to travel to Kyiv this week to meet with Ukrainian President Volodymyr Zelenskyy, announced that the fifth package of sanctions was “to sustain utmost pressure [on Russia] at this critical point.”

Included in the sanctions is “a full transaction ban on four key Russian banks, among them VTB, the 2nd largest Russian bank,” the president announced.

“But this is not all. We are working on additional sanctions, including on oil imports,” she said, assuring Ukrainian citizens that the EU is “taking a clear position [that] is not only crucial for us in Europe, but also for the rest of the world.” She also noted that the decision has been made for “the world order.”

The 63-year-old also said the sanctions would include “specific new import bans, worth €5.5 billion and targeted measures, such as a ban on participation of Russian companies in public procurement in Europe and exclusion of all financial support, EU or national to Russian public bodies.”

In a statement, von der Leyen said: “Finally, we are also proposing further listings of individuals.

“We are also working on additional sanctions, including on oil imports, and reflecting on some of the ideas of the Member States, like taxes or specific payment channels such as an escrow account.

“To take a clear stand is crucial for the whole world. A clear stand against Putin’s war of choice. Against the massacre of civilians and against the violation of the fundamental principles of the world order,” she said.

We need to sustain utmost pressure at this critical point.

So today we are proposing a 5th package of sanctions. pic.twitter.com/GEuPQf0Wgr

The announcement from the European Commission comes after Ukraine’s foreign affairs minister Dmytro Kuleba called for countries to impose the ‘mother of all sanctions’ in order to avert a ‘new Bucha’ – the Ukrainian city alleged to contain mass graves of innocent civilians of Ukraine.