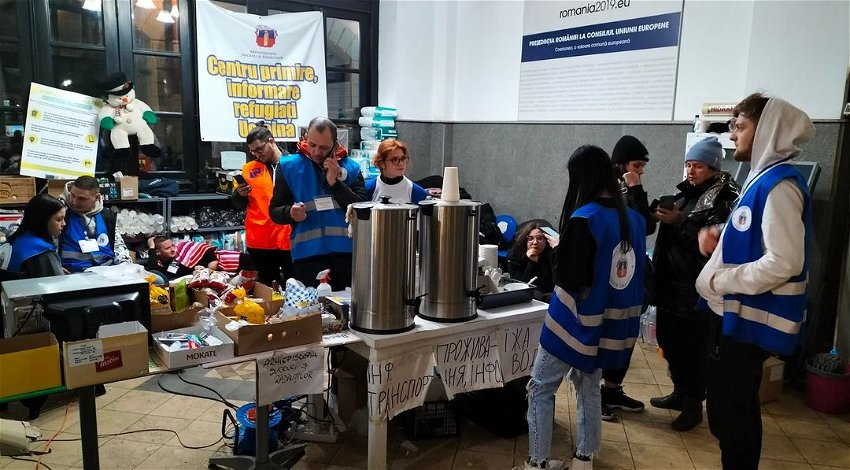 Albion Land spent a week planning his trip to volunteer helping the people fleeing war-torn Ukraine and another two weeks in Romania on the border of Ukraine. He told the Euro Weekly News his story.

Like the majority of us watching the horrific crimes of Russian President Vladimir Putin unfold, the Florida native now living in Albondón in Granada, was “shocked and appalled” and felt compelled to help the refugees. His journey began with a Facebook post, which saw dozens of people offering him housing and a warm bed or giving him concrete suggestions of how to help.

Albion, a 71-year-old retired journalist, had been joking with friends about the foreign legion of fighters heading off to help Ukraine defend itself when he was inspired to do something “hands-on.”

“I decided I wanted to do something physical, to actually go there, rather than just send money.”

Local people in Spain and friends in the States funded his entire trip through donations, with the staff of a local bar even donating their tips – €200. Albion travelled to Romania, where he stayed with another volunteer, Corneliu Furman, who lives near the Ukrainian border and had offered him a place to stay.

Albion said: “Corneliu is not part of any organisation; he is an individual who wants to help, offering transport, accommodation and food to refugees. There are many people doing this.”

Arriving on March 17, Albion spent time volunteering with the Orthodox archdiocese at Suceava train station, where most of the refugees pass through, picking up food, clothing, medicines and other necessities. Albion said: “It is an incredible set-up. The Romanian Fire Brigade transports the steady flow of refugees the 40km from the border. From there, most travelled to Bucharest on the train and ride for free.”

“I also volunteered at the border, where I worked with more priests, monks and laypeople. Women were carrying children and picking up baby supplies. Some people even brought their pets, mainly dogs, and agencies like Save the Children and the Red Cross are there. There is also a Jewish charity serving hot soup and a Turkish kebab stall, both very popular with refugees and volunteers alike!”

When asked about some of the folks he worked with, Albion said: “I met a Ukrainian-American called Svetlana Tikhonov. She volunteered at the train station and has also been fundraising to provide food, medicines and clothing to ship to Ukraine. One of the most shocking things I found out was that she recently had to buy body armour because the Russians have been trying to kill aid workers.”

When asked how he felt about his experience, Albion said: “I was touched by the Romanians’ generosity and by the spirit of the refugees. They were grateful for even the smallest things, and it wasn’t hard to get a smile or even a little laugh from them.”

Find out more about Svetlana Tikhonov and donate click here