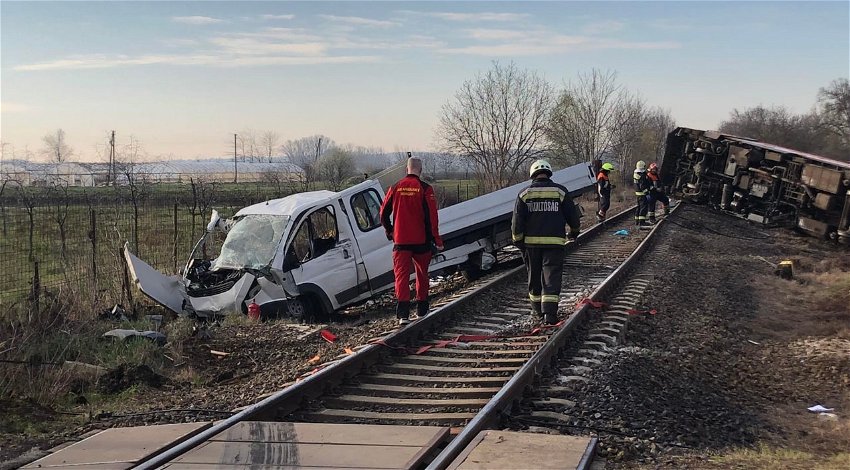 Turkey pays tribute to victims of the train crash in Mindszent, Hungary.

THE Turkish Foreign Ministry has paid tribute to the victims of the train crash in Mindszent, Hungary which left several people dead and multiple people injured on Tuesday, April 5.

A press release from the ministry said: “We extend our condolences to the families of those who lost their lives and to the friendly Government of Hungary and its people, and wish a speedy recovery to the injured as a result of a train crash in Mindszent, in Southeastern Hungary this morning (5 April).”

A passenger train ploughed into a pick-up truck in southern Hungary at around 7  am local time at a crossing in Mindszent, located 140 kilometres southeast of the country’s capital Budapest. Police and emergency crews as well as a rescue helicopter were deployed to the scene.

The small truck, which is believed to have been transporting people on their way to work, had entered the level crossing and was on the tracks at the time of impact.

Five people in the truck were killed and ten people were injured on the train – a diesel-powered railbus – after it derailed as a result of the collision and force off the tracks and into the embankment, a police spokesperson told Reuters.

“A car drove onto the rails, where it collided with a travelling train from Szentes to Hódmezővásárhely. The train derailed from the force of the collision,” a police statement read at the time.

Police reported that 22 passengers were on the train at the time of the accident and among them, two were seriously injured and eight survived the accident with minor injuries. Early reports from Hungarian media suggest that seven people have died so far.

Photos being shared on social media show the front of the white pick-up truck completely destroyed while the train was left laying on its side following the fatal collision.

#Hungary – Workers were transported by a van that collided with a train at #Mindszent on Déli út opposite the cemetery. National Ambulance Service dispatched ten ambulances and helicopter unit to the scene of the accident. https://t.co/WCLJAzoVA9 pic.twitter.com/5H7UoJV4Eb

At the time of the accident, the warning light system was working well at the crossing, however, the truck pushed in front of the train despite the barriers apparently being closed and signals showing red, as reported by mavinform.

“We have closed the entire width of the road so an on-site inspection and technical rescue can take place. Traffic is diverted to the surrounding streets.

“Please pay more attention and patience to those who travel!” the police statement concluded.