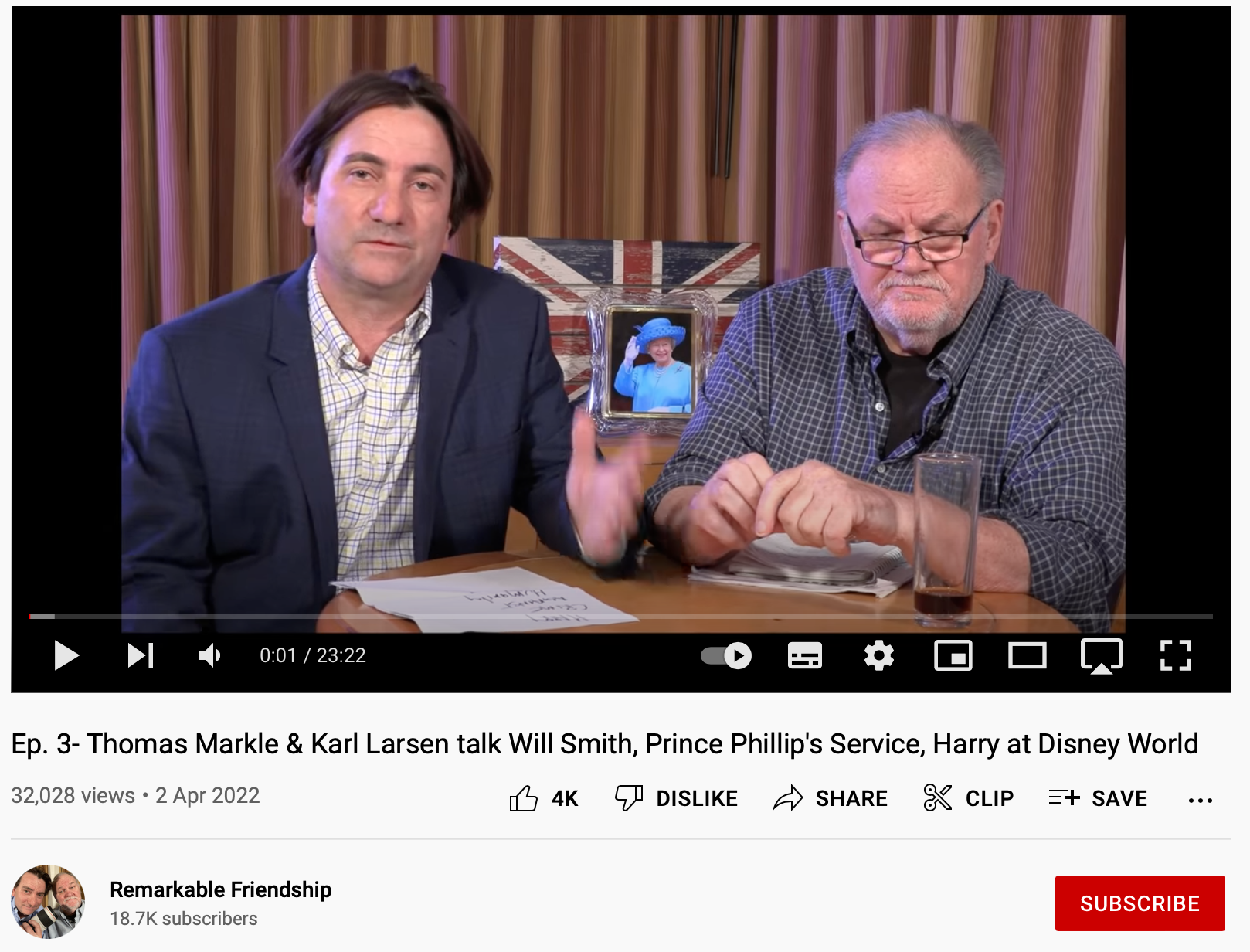 Harry and Meghan, who did not attend Prince Phillip’s memorial service, remained in Montecito, California, at their $14 million mansion, causing public outrage.

In a video released on his YouTube channel, Meghan’s father, Thomas Markle stated: “Attending and giving respect and giving God’s grace to Prince Philip for a lifetime of service was very important to the Queen, and for them to not show up was a slap in the face to the Queen. It was unforgivable. The British people won’t forgive them for that, and they shouldn’t. I don’t know what the reason was, but there’s no excuse at all. It’s a slap in the face for the Queen and the British people.”

“Prince Philip was their grandfather so William has obviously had a great training from him and is going to learn examples from him. I just hope Harry gets some of these things in his mind. It (Harry’s absence) was a big disappointment for everybody. People were talking about it. Certainly around where I was people were saying he should have been here.”

“All this nonsense about how he couldn’t get protection, as far as I’m concerned that was a pathetic excuse. He should’ve been here to honour his grandfather. At the end of the day, if he was that worried about security, he could’ve stuck with his brother and father who have got wonderful security and he would have been more than safe.”

Harry’s last trip to the UK was eight months ago, where alongside Prince William, he unveiled the statue of his late mother Diana in London, on July 1.

Harry, who is believed to have not attended Phillip’s memorial service due to rows over his security, will be travelling to the Invictus Games in Netherlands, next week.