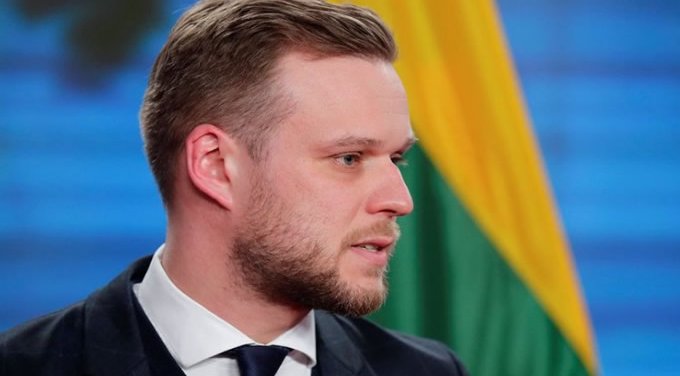 Lithuania has expelled the Russian ambassador from its territory

Alexei Isakov, the Russian ambassador to Lithuania has been expelled from the country, as announced on Monday, April 4 by the Lithuanian portal Delfi. The consulate in the city of Klaipeda has also been closed as a result of the expulsion.

Delfi also reported that it had been announced by Gabrielius Landsbergis, the Lithuanian Foreign Minister, that their ambassador in Moscow, Eitvydas Bayarunas, will be leaving his post and returning to Lithuania.

“In response to the continued Russian aggression against sovereign Ukraine and the atrocities perpetrated by the Russian armed forces in several occupied Ukrainian cities, including the horrific massacre in Bucha and other Ukrainian cities, the Lithuanian Government has decided to reduce the level of diplomatic representation”, Landsbergis explained.

Mr Landsbergis indicated that the partners of the European Union and the Atlantic Alliance have been informed of these steps, and have been asked to “do the same”. Regarding the closure of the consulate in Klaipeda, he argued that it was playing an “unconstructive” role .

In recent days, several European countries have announced the expulsion of dozens of Russian diplomats, such as Germany, Belgium, the Netherlands, Ireland, Bulgaria, and the Czech Republic.

According to the newspaper Respublika, the Lithuanian Foreign Minister has acknowledged that the government is considering the possibility of closing the border with Russia and Belarus in response to the war in Ukraine.

“Discussions are ongoing. I can’t give an exact date. When the decisions are made, we will announce them”, Landsbergis explained to the media, although he stressed that it is still “too early” to talk about the matter.

Lithuania and Belarus share more than 650km of border, while with Russia it shares about 270km, as reported by larazon.es.