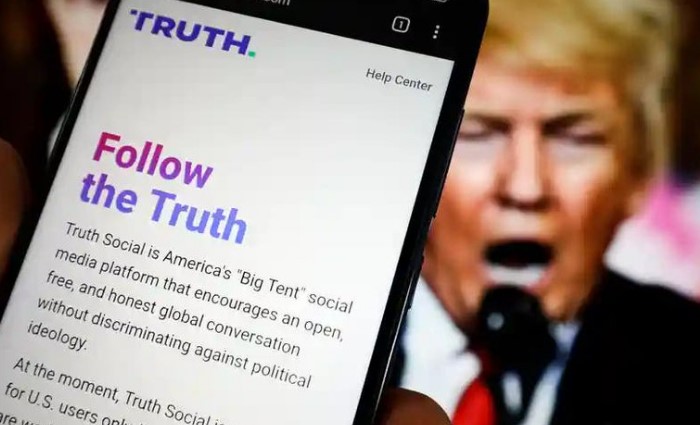 According to a report this Monday, April 4 by Reuters, two of the main executives have resigned who were working for Donald Trump on his new Truth Social platform.

Reuters claim that sources informed them that Josh Adams, the chief of technology, and Billy Boozer, Trump’s product development chief have both left the company. Their departure comes less than one year after joining the former President on his project.

After its recent high-profile launch on February 20, Truth Social was originally lauded as a success. More recently though the app has been branded something of a failure as the platform lost hundreds of thousands of its users. It is reported to be currently the 28th most popular social media platform in Apple’s App Store.

In its first week of Truth Social’s launch, tech company Sensor Tower claims it had more than 870,000 downloads. Recently though, that figure has fallen to just 60,000.

Adams and Boozer were known to have been instrumental in the launch of Trump’s platform. One of the sources, who referred to Adams as the ‘brains’ behind the technology used on the app, said, ‘If Josh has left… all bets are off,’

The development, design, and technology infrastructure teams were all managed by Boozer, who also played a major role in the company’s leadership.

Speaking to the BBC, the director of New York University’s Centre for Social Media and Politics, Joshua Tucker said Trump’s platform had ‘been a disaster’.

‘Now that Truth Social is a massive failure, where will conservatives say they’re leaving to go to without ever actually leaving?’ tweeted Majid Padellan, the left-wing blogger, last Friday 1.

Marketed as a free-speech platform, Truth Social was launched by Trump after he was banned in the fallout from the deadly January 6 Capitol riot by YouTube, Twitter, and Facebook for allegedly inciting or glorifying violent actions, as reported by metro.co.uk.