UK will not rest until Putin fails and Ukraine prevails 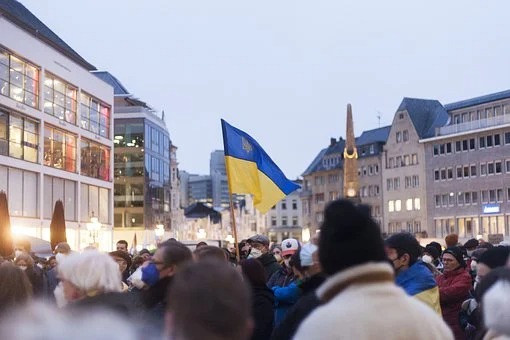 The UK will not rest until Putin fails and Ukraine prevails. Foreign Secretary Liz Truss has spoken about stepping up the UK’s efforts to help Ukraine. She also revealed details of the atrocities happening in Ukraine.

Dmytro Kuleba, the Ukrainian Foreign Minister met with Liz in Warsaw on April 4.

Speaking at the British Embassy in Poland Liz Truss commented: “What we have seen on the streets of Irpin and Bucha are scenes that we will never forget. We have seen butchery, evidence of rape and sexual violence as well as the indiscriminate killing of civilians.

“We will ensure that the perpetrators are brought to justice for these barbaric crimes. And together with our allies we will step up our efforts to stop Putin’s appalling war.”

Liz added: “Three weeks ago, the UK led 41 states to refer these atrocities to the International Criminal court. We are providing additional funding to the ICC.

“The UK military and police are providing technical assistance to the investigations. And the Metropolitan Police War Crimes unit have commenced the collection of evidence. We are working very closely with the Ukrainian government on this.

“We have appointed former ICC judge Sir Howard Morrison as an independent adviser to the Ukrainian prosecutor general.

“And today, I can announce that we are launching a £10 million civil society fund to support organisations in Ukraine, including those helping the victims of conflict-related sexual violence.

“We will not rest until these criminals have been brought to justice. This

“We are clear that after these appalling crimes Russia has no place on the Human Rights Council.

“And it is the responsibility of the UK and our allies to step up our support for our brave Ukrainian friends. That means more weapons and more sanctions. Putin must lose in Ukraine.

“We need to announce a tough new wave of sanctions. The reality is that money is still flowing from the West into Putin’s war machine, and that has to stop.

“In Brussels, I’ll be working with our partners to go further as has been advocated by Dmytro in banning Russian ships from our ports, in cracking down on Russian banks, in going after new industries filling Putin’s war chest like gold, and agreeing a clear timetable to eliminate our imports of Russian oil, gas and coal.

“We also need even more weapons of the type the Ukrainians are asking for.

“The UK is supplying more including next-generation light anti-tank weapons, Javelin Missiles and Starstreak anti-aircraft systems. And last week, we hosted a donor conference with our allies to secure more.

“The fact is that being tough is the only approach that will work. Putin has escalated this war.

“And this approach is vital to ensuring he loses in Ukraine, and that we see a full withdrawal of Russian troops and Ukraine’s hand is strengthened at the negotiating table.

“There should be no talk of removing sanctions whilst Putin’s troops are in Ukraine and the threat of Russian aggression looms over Europe.

“Dmytro – we salute your bravery and the bravery of the Ukrainian people.

“We are determined to help in whatever way we can. We will back you unwaveringly in your negotiations.

“And together, we will not rest until Putin fails and Ukraine prevails.”