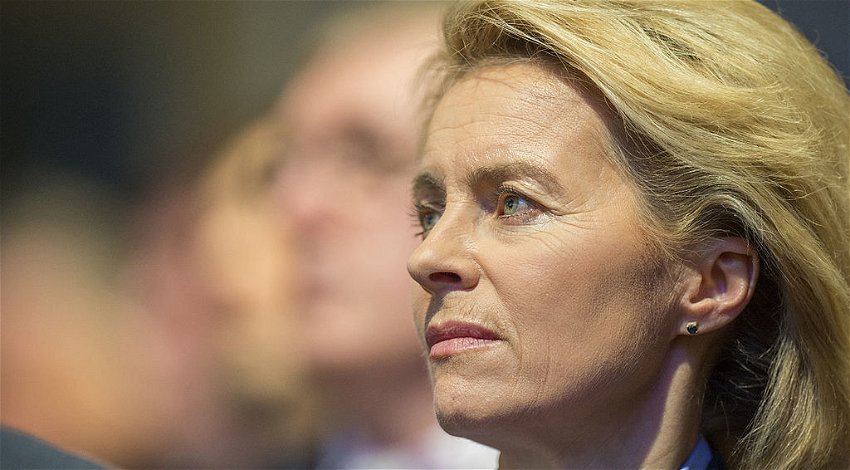 PRESIDENT of the European Commission Ursula von der Leyen will travel to Kyiv this week to meet with Ukrainian President Volodymyr Zelenskyy following reports of the shocking war crimes alleged to have been carried out by Russian troops in the Ukrainian city of Bucha.

President @vonderleyen and HRVP @JosepBorrellF will travel this week to Kyiv to meet President @ZelenskyyUa prior to the pledging event #StandUpForUkraine on Saturday in Warsaw.

The news follows talks between the Commission president and Zelenskyy in which they discussed the crimes that are alleged to have taken place in Bucha, Ukraine.

In a statement released on Monday, April 4 by the EU Commission, the presidents reportedly discussed the incident in Bucha, where mass graves were said to have been discovered.

“I spoke with Ukrainian President Volodymyr Zelenskyy on the dreadful murders that have been uncovered in Bucha and other areas from which Russian troops have recently left,” von der Leyen said in the statement.

“I conveyed to him my condolences and assured him of the European Commission’s full support in these terrible times. The harrowing images cannot and will not be left unanswered.

“The perpetrators of these heinous crimes must not go unpunished.

“We agreed to ensure close coordination between us,” she said.

The ‘Stand Up For Ukraine’ event takes place in Warsaw on Saturday, April 9, “in recognition of Poland’s essential role in supporting refugees fleeing the invasion of Ukraine”, according to a statement from the Commission.

“The Stand Up For Ukraine pledging event, convened by European Commission President Ursula von der Leyen and Prime Minister of Canada Justin Trudeau will take place in Warsaw on 9 April,” the statement read.

“The aim of the campaign is to raise funding and other types of support to cater for the needs of internally displaced people in Ukraine and of refugees.

“The campaign answers a call for support launched by the President of Ukraine Volodymyr Zelenskyy.”