15 Russian yachts seized in the Netherlands 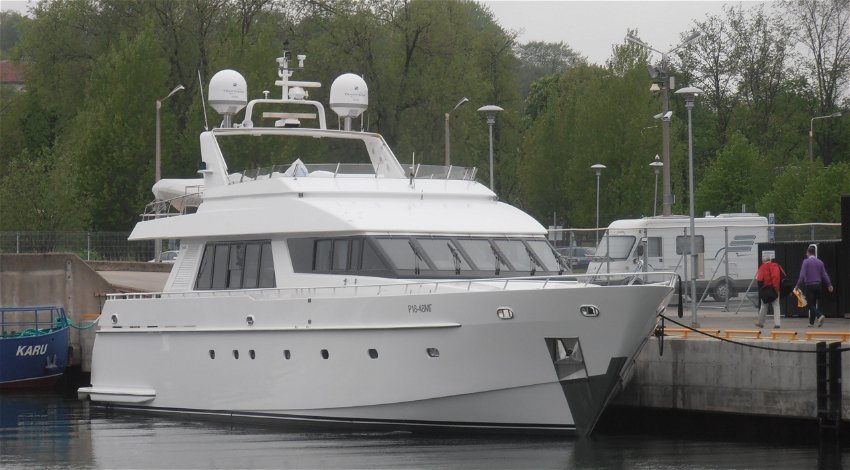 Customs officials in the Netherlands have seized 15 Russian yachts as part of the sanctions imposed by the EU following the country’s invasion of Ukraine.

The announcement made on Wednesday April 6 by Finance Minister Wopke Hoekstra said that 12 of these yachts were currently under construction in Dutch boatyards, including one that is more than 35 metres long. Two of the yachts seized are believed to be undergoing maintenance whilst the remaining yacht was moored in a local harbour.

Hoekstra said that the yachts will not be allowed to leave the country because of the export ban, although this may change as the authorities investigate who the ultimate owners of the yachts are.

According to the magazine Superyacht Times, Russian customers accounted for nine percent of luxury yacht sales and 13 percent of sales of yachts longer than 40 metres.

Hoesktra also told MPs that the Dutch land registry office Kadaster, has not identified any private individuals on the sanctions list with property in the Netherlands but they were now looking further into the ownership of some properties.

The Netherlands has been criticised for its slow start to enforcing sanctions, with former minister Stef Blok only given the job of coordinating the Dutch approach on Monday April 4th. That’s over a month since Putin’s troops invaded Ukraine.

Although slow to act the Netherlands has sequestered almost 516 million euros in Russian goods and contracts, most of which has come via banks and trust offices, according to Hoekstra.

A further €155 million in transactions has also been halted, however the total is still well below the 80 billion euros in Russian assets which the Financieele Dagblad suggests are based in the Netherlands, of which 45 billion euros they claim belongs to people on the sanctions list.

With Blok in post it is expected that the Netherlands will step up efforts like the seizing of the 15 Russian yachts.