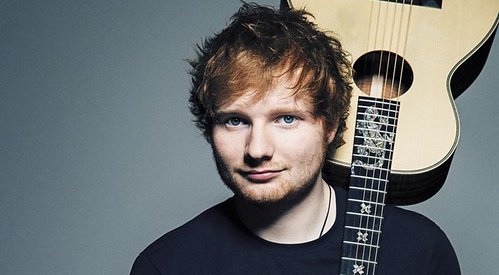 Ed Sheeran wins court battle over claims he stole parts of hit single Shape of You.

BRITISH pop star Ed Sheeran has won his court battle against Sami Chokri, a grime artist who performs under the name Sami Switch, and his co-writer Ross O’Donoghue, who accused Sheeran, Snow Patrol’s John McDaid and producer Steven McCutcheon of stealing part of their track for Ed’s 2017 hit Shape of You.

The pair alleged that the trio stole part of Chokri’s song Oh Why, co-written by O’Donoghue, in which 31-year-old Sheeran sang an “Oh I” hook which they claimed was “strikingly similar” to an “Oh Why” refrain in their 2015 track.

In a ruling on Wednesday, April 6, Mr Justice Zacaroli concluded that Sheeran “neither deliberately nor subconsciously” copied a phrase from Oh Why when writing Shape of You.

Sheeran, who even burst into song during the 11-day trial, had been trying to clear his name after Chokri and O’Donoghue sued the singer-songwriter for “copyright infringement, damages and an account of profits in relation to the alleged infringement”.

During the trial, Sheeran said he “always tried to be completely fair” in crediting people who contribute to his albums and launched legal proceedings in May 2018 to “ask the High Court to declare they had not infringed Chokri and Mr O’Donoghue’s copyright.”

Chokri and O’Donoghue’s lawyer Andrew Sutcliffe QC had labelled Sheeran a “magpie” during proceedings, stating that the pop star was prone to taking parts of people’s songs. He “habitually copies” other artists and it was “extremely likely” he had done so in this case, the lawyer had stated.

It was alleged that the Halifax born star had heard the Sami ‘Switch’ Chokri track on the YouTube channel SBTV, founded by recently deceased Jamal Edwards, after the pair had appeared on the channel at roughly the same time.

Chokri also claimed that the two share the same friends and that Sheeran had also given him a shout out in one of his performances, as reported by the Mirror.

Upon hearing his refrain on “Shape of You”, which was the UK’s best-selling song of 2017 and one of the most streamed tracks in Spotify’s history, Chokri said he felt “robbed” by the singing superstar and was left “shocked”, he told the court.