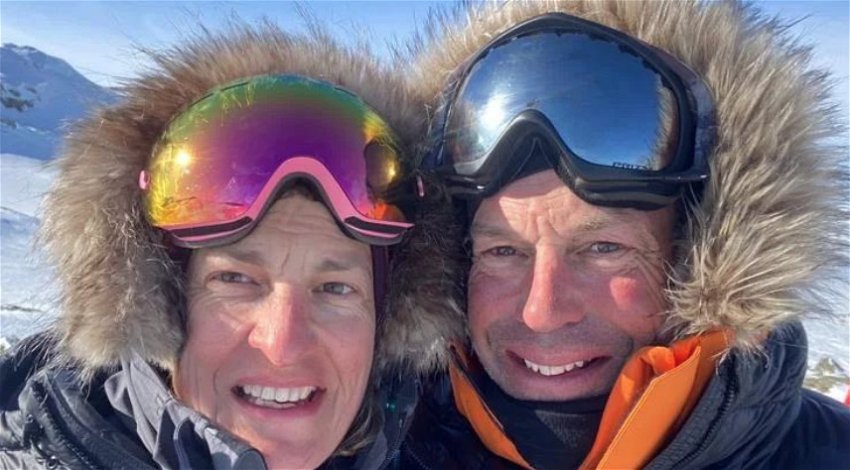 LOCATION, Location, Location star Phil Spencer has taken to Instagram to thank fans for their support after completing his ‘Extreme Norway Challenge’.

The 52-year-old, best known as the co-presenter of the Channel 4 property show and its spin-off Relocation, Relocation alongside Kirstie Allsopp, completed an 80km walk in -20 degree weather that included crossing one of Norway’s largest glaciers.

Originally completing the journey on March 5, the TV star wanted to share his gratitude along with some pictures of his travels.

In a post on Wednesday, April 6, Kirsty Allsopp’s cheeky side-kick wrote: “I’m trying to block out the nighttime temperatures of camping on the ice – but I won’t forget the expedition in a hurry. It was not the warmest #locationlocationlocation.

“My sister & I were in Norway hauling equipment & supplies for 80kms..it was -20 in the sunshine but we did it and raised money for the @thecountryfoodtrust.

“Huge thanks for your support and donations. I am now back and a lot warmer,” he concluded.

The fundraiser for the Country Food Trust was to “raise money that would go directly to feeding vulnerable people.”

Speaking in January 2022, Mr Spencer said about the expedition: “This is designed to be a full-on challenge in the harshest environment possible. I’ve never tackled anything like it before and it’s taken months of training to get even remotely fit enough to pull a sledge plus all supplies that distance.

“Aside from the physicality of the expedition, it’s the cumulative effects of the extreme temperatures, together with camping out on the ice each night that I’m especially worried about. There is no hiding from either the weather conditions, the topography or the distance – I’m going to be way out of my comfort zone!

“What will keep me plodding on is knowing that every step will raise money for the CFT and go directly to feeding vulnerable people.”

After the invasion of Ukraine by Russian troops, “Phil has very kindly offered to donate 25 per cent of the money raised from his epic challenge to The Country Food Trust’s Ukraine Appeal,” a statement from the charity read.