Crooks siphon off £250,000 of diesel from Royal Navy warship in weeks-long heist 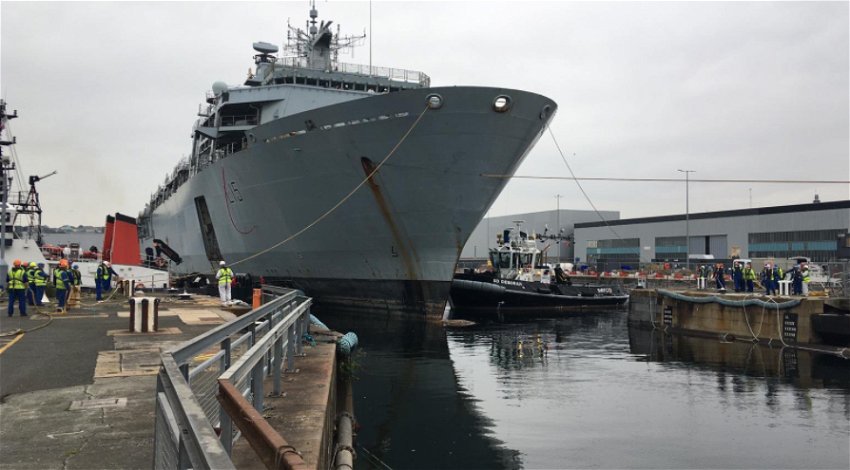 Diesel worth more than £250,000 was stolen from a warship at Her Majesty’s Naval Base (HMNB) Devonport in Plymouth in one of Britain’s biggest fuel thefts.

The crooks drove off with tankers intended to power HMS Bulwark, The Sun reported on Thursday, April 7.

The alarm was only raised when civilian guards performed a spot check on a tanker that was attempting to leave HMNB Devonport, in Plymouth, Devon.

Naval experts have branded the revelations a huge embarrassment for the MoD and subcontractors Babcock International.

The brazen theft of the fuel which can be used in diesel cars took place as pump prices rose to record levels.

By the time it was discovered, most of the diesel had been sold on the black market.

The stolen fuel was due to fill up generators powering the 19,560-tonne assault ship, which carries 325 sailors and up to 405 troops.

Luke Pollard, MP for Plymouth Sutton and Devonport told The Sun: “The theft of fuel from a Royal Navy warship is not only criminal, it takes scarce resources away from our military in a time of national crisis.

“With the armed forces facing more and more cuts, having such a huge amount of fuel stolen is not only embarrassing, but it also raises serious questions about security at one of our most secure naval bases.”

An MoD spokesman said: “‘The MOD is aware of an incident involving the alleged theft of fuel from a contractor within HMNB Devonport.

“There was no disruption to Defence operations and the MOD has no further comment.”

An urgent probe has been launched into the major security breach which is believed to have taken place over a number of weeks.