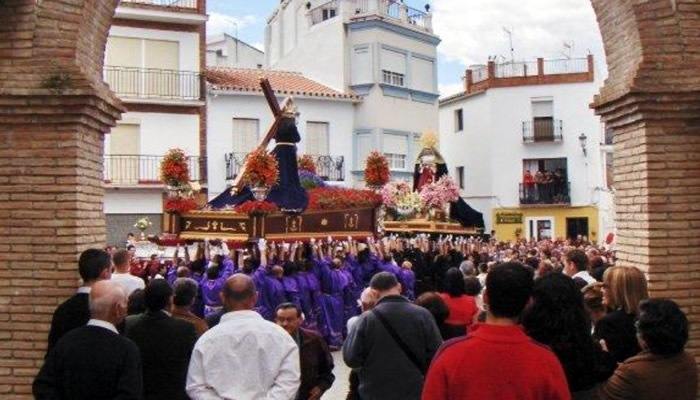 Find out which roads will be closed in Malaga during Holy Week. image: wikimalaga Creative Commons 3.0

Malaga City Council, through the Mobility Area and the Local Police department, is going to carry out a series of cuts and traffic diversions in the city during Holy Week 2022.

The use of private vehicles in Malaga city is advised by the authorities between April 8 and 17. This is especially the case when travelling to the city centre, or during the processions, recommending the use of public transport.

For this reason, Malaga Transport Company (EMT) has planned a schedule similar to that of Holy Week 2019, adapted to the start and end times of the processional parade. As a result, 65,000 additional places will be offered to increase the frequency and quality of the service during these days.

Road closures and diversions will especially affect the Paseo del Parque/Alameda Principal axis. For all East/West trips or vice versa, it is advisable to use the ring roads instead of routes that have to cross the downtown area of ​​the city.

Two extra taxi stops will be established, located on the Tetuan Bridge, and on the Paseo del Parque, next to the Plaza del General Torrijos. These will operate whilst the existing ones in the area are out of bounds due to the processions.

Be aware that all entrances and exits of the municipal car parks of Camas, Tejon and Rodriguez, La Marina, Alcazaba, Cervantes, and Andalucia, will also be subject to the traffic restrictions established by the Local Police.

In general, it is recommended by Malaga’s authorities to avoid traffic in the area, use public transport to access the centre and pay the utmost attention to the signs and instructions of the Local Police.

During the processions, the entrance to the Plaza de la Marina car park will remain closed while the bus lane will be installed on Paseo de Los Curas towards the West. The municipal car parks of Cervantes, Andalucia, San Juan de la Cruz, and Salitre, located a few minutes from the city centre, will remain open, as reported by malagahoy.es.