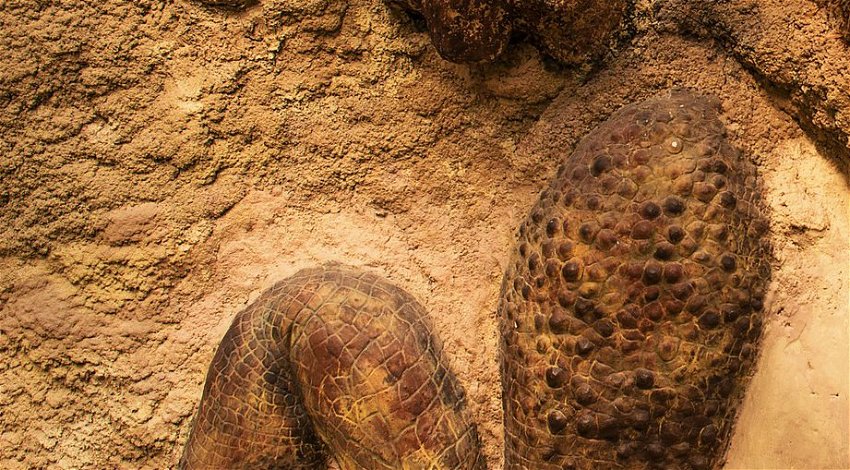 A dinosaur fossil that dates back to the day dinosaurs went extinct is one of many exciting new findings from The Tanis fossil site in North Dakota US.

A fossilised dinosaur limb, complete with skin has been found at The Tanis fossil site in North Dakota US. Scientists claim that the creatures found at the Tanis fossil site were killed on the very same day a giant asteroid hit planet Earth, roughly 66 million years ago. However, there are very few dinosaur remains that record even the final few thousand years before the impact, meaning that if this specimen dates to the exact cataclysm it would be extraordinary.

Robert DePalma, the University of Manchester graduate student who is leading the Tanis dig, said: “We’ve got so many details with this site that tell us what happened moment by moment, it’s almost like watching it play out in the movies. You look at the rock column, you look at the fossils there, and it brings you back to that day.”

Speaking on BBC Radio 4“ Phillip Manning, a professor of natural history at the University of Manchester stated:

“It’s absolutely bonkers.It’s the ultimate dinosaur drumstick. The time resolution we can achieve at this site is beyond our wildest dreams. This really should not exist and it’s absolutely gobsmackingly beautiful. I never dreamt in all my career that I would get to look at something a) so time-constrained; and b) so beautiful, and also tells such a wonderful story.”

A new show by the BBC titled Dinosaurs: The Final Day with David Attenborough narrated by Sir David Attenborough will feature three year’s worth of filming at Tanis, with Sir David reviewing the discoveries. Professor Paul Barrett an expert in ornithischian (mostly plant-eating) dinosaurs, from London’s Natural History Museum was one of the expert consultants called in by the BBC to make the programme.

He stated: “It’s a Thescelosaurus. It’s from a group that we didn’t have any previous record of what its skin looked like, and it shows very conclusively that these animals were very scaly like lizards. They weren’t feathered like their meat-eating contemporaries.

“This looks like an animal whose leg has simply been ripped off really quickly. There’s no evidence on the leg of disease, there are no obvious pathologies, there’s no trace of the leg being scavenged, such as bite marks or bits of it that are missing,” he tells me.

“So, the best idea that we have is that this is an animal that died more or less instantaneously.”