Manchester chaos: Heartbroken family out of pocket after Ryanair flight leaves without them 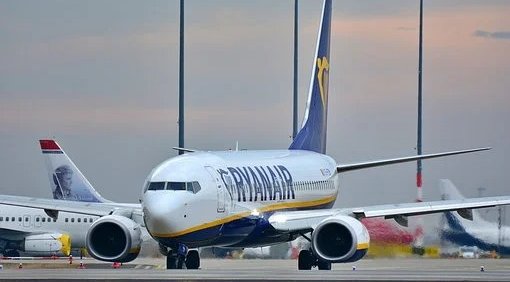 Manchester chaos: Heartbroken family £1,500 out of pocket after Ryanair flight leaves without them.

Michelle Donohue had been heading to Rome with her husband and their 12-year-old son. The family were taking their first trip abroad since the coronavirus pandemic hit. The family knew that Manchester Airport was experiencing issues so had headed to the airport four hours early.

Speaking to Lancashire Live Michelle explained how chaos hit and everything went wrong at security. Michelle said: “They opened a lane for us, then people started pushing past people, my husband ended up getting dragged back to about four or five people.

When the family finally made it to the boarding gate they had already missed their flight. 20 other people were in the same position.

Michelle revealed: “They said to us, the plane won’t let you on, it’s gone, that gate closed at quarter to seven but we were like, ‘we’ve been here four and half hours’.

“They said ‘I know, but it’s not Ryanair’s fault’. More people turned up and it turns out there were 20 of us that were stuck in that queue.”

The family also suffered issues getting their baggage back. Michelle stated: “It was just an absolute nightmare. You can see the staff are overworked and doing two or three jobs at the same time and there were some that when they were delegated one job, they were fine and they were happy and they could do it well.

“It’s traumatic, it’s put me off going to that airport and I feel like this is going to be going on for a long time, it’s not an easy fix this.

“There were people collapsing, some girl getting medical assistance and the group we were with, they were so upset- there were Italian family members trying to get back home.”

The family is unable to get their flight money back from their travel insurance but has been able to recoup some of the costs for the trip.

A Ryanair spokesperson commented on the issue said: “This Manchester – Rome flight (05 April) departed at 07.15am as scheduled carrying 160 passengers on board. Boarding for this flight closed 30 mins prior to take-off (06.45am).

“As per standard procedure, passengers cannot be accepted on board once a flight has closed – even in the unusual event of the aircraft returning to stand. Ms Kane and her family arrived at the boarding gate at 07:10am, 25 mins after boarding had closed, and were politely advised that the flight had closed, it couldn’t be reopened, and that they had missed their flight.”

The spokesperson went on to add: “We understand that some passengers are experiencing delays at Manchester Airport due to security staff shortages, however these unfortunate delays are entirely out of our control. As this flight operated as scheduled, the standard T&Cs, which Ms Kane accepted at the time of booking, apply and no refund is due.”