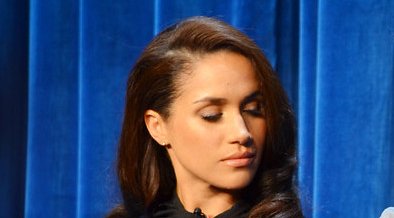 Meghan Markle left ‘heartbroken’ after revealing the ‘sudden death’ of a close friend.

THE Dutchess of Sussex, Meghan Markle, has revealed she has been left ‘heartbroken’ by the ‘sudden death‘ of a close friend.

Animal welfare advocate and animal behaviourist Oli Juste passed away suddenly in January but his impact on the Dutchess is still being felt today.

In a letter shared exclusively with The Independent on Wednesday, April 6, the 40-year-old revealed that her friendship with Juste, who appeared on Channel 4’s Puppy School as a dog trainer and behaviourist, led her to become the first patron of animal welfare charity Mayhew in 2019.

Speaking about their friendship, the wife of Prince Harry said: “We shared, amongst many things, a commitment to animal welfare, and a deep love of rescue dogs.

“In fact, it was Oli and his fiancé Rob who helped care for my rescue dog, Guy, when I had just moved to the UK and he was recovering from a debilitating accident. They loved him as though he was their own.”

Her friend died on January 15, 2022, which the former actress described as ‘very sudden’. An Instagram post from Juste’s fiance Rob said: “It’s with great sadness that Oli passed away on Saturday (15/01/22) with me his fiancé Rob, sister Helene, brother Michel and my mother Jenny by his side. He had been surrounded by friends and the incredible NHS staff at St.Richards Hospital ITU, Chichester.”

Opening up about the loss, Ms Markle wrote: “On January 15, 2022, my beloved friend Oli tragically and very suddenly passed away. It has left me, and so many others, heartbroken and reflective—knowing that the legacy he leaves for our furry friends is beautifully simple: just love them. Especially those left behind or forgotten.”

Although her three-year patronage at Mayhew, a London-based charity, ended earlier this year, she revealed her admiration for the ‘amazing work they do’.

She wrote: “I [have] reflected on the work they have achieved in the hardest of times – during a global pandemic with minimal resources, safeguarding staff from their stations in Afghanistan, and still resolving to remain steadfast in their vital day to day work for animal and human welfare throughout London and across the globe.”

“Every day there was another twist and turn, every week another update – which Oli and I would connect about: ‘What can we do? How can we do more? Look at the amazing work they continue to do,” she said.

Meghan shared plans by the charity to honour Oli’s memory.

“In his memory, we will be creating the Oli Juste wing at Mayhew, to shelter the animals who may have a harder time finding their forever homes.

“Because much like Oli, they will never be forgotten, and they will always be loved.”