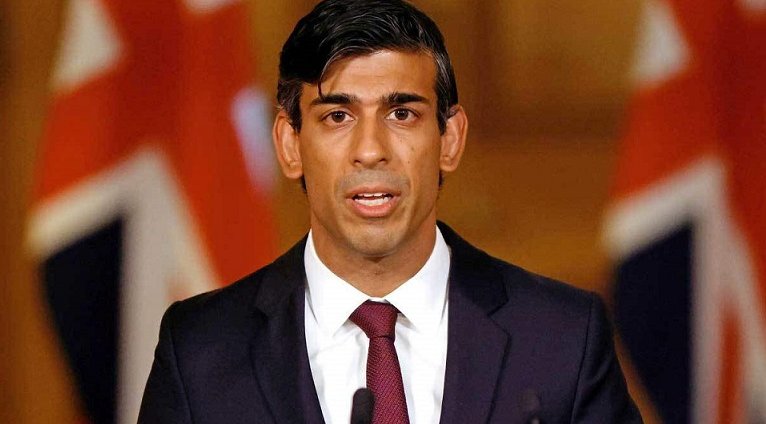 Rishi Sunak, the UK’s Chancellor of the Exchequer, who earlier today April 8th came under fire over the combination of his wife’s non-domiciled status, has today admitted that he held a US green card until 2021.

According to a spokesperson for the Chancellor he gave the green card up in 2021 a full year after taking on the role. The spokesperson said: “Rishi Sunak had a green card when he lived and worked in the US.”

Despite the US Department of Homeland Security site saying: “A green card holder is a permanent resident that has been granted authorisation to live and work in the United States on a permanent basis,” the spokesperson denied that he was. They said: “Under US law, you are not presumed to be a US resident just by holding a green card. Furthermore, from a US immigration perspective, it is presumed that permanent resident status is automatically abandoned after prolonged absences from the US.

“As required under US law and as advised, he continued to use his green card for travel purposes. Upon his first trip to the US in a government capacity as chancellor, he discussed the appropriate course of action with the US authorities. At that point it was considered best to return his green card, which he did immediately.

“All laws and rules have been followed and full taxes have been paid where required in the duration he held his green card.”

The Chancellor’s wife, Akhshata Murty, released a statement on Friday evening saying that she will pay tax on all her income in the UK and she did not wish the tax status: “to be a distraction for my husband”.

She said: “Since arriving in the UK, I have been made to feel more welcome than I ever could have imagined, in both London and our home in North Yorkshire. This is a wonderful country.

“In recent days, people have asked questions about my tax arrangements: to be clear, I have paid tax in this country on my UK income and international tax on my international income.

“This arrangement is entirely legal and how many non-domiciled people are taxed in the UK. But it has become clear that many do not feel it is compatible with my husband’s role as chancellor. I understand and appreciate the British sense of fairness and I do not wish my tax status to be a distraction for my husband or to affect my family.

“For this reason, I will no longer be claiming the remittance basis for tax. This means I will now pay UK tax on an arising basis on all my worldwide income, including dividends and capital gains, wherever in the world that income arises. I do this because I want to, not because the rules require me to. These new arrangements will begin immediately and will also be applied to the tax year just finished.”

A change of heart

The admissions and the change of heart come after a day in which the Independent revealed that the Chancellor’s spouse Akhshata Murty has non-domiciled status despite residing in Downing Street. That status potentially save the billionaires around £4.4 million (5.278 million euros) in tax.

It also follows the news that the couple held US Green Cards that permit residence for as long as a year after his appointment, with card holders required under American law to pay US taxes on their worldwide income. Card holders are also required to make a legal commitment to make the US the holder’s permanent home.

The initial allegations and subsequent confirmations seem contrary to Sunak’s role within the government, where he has been a member of parliament since 2015 and Chancellor since 2020. .

Sources close to the couple claim neither hold a green card any longer, however they wouldn’t be drawn on the couple’s residency status.

The Treasury has been approached by the Independent but so far no comment has been forthcoming, however it will add impetus to the call by senior Conservative MP Tobias Ellwood who wants review of non-dom tax rules in the wake of revelations about Mr Sunak’s household finances.

The select committee chair and ex minister said the current rules “are out of date” and “do need to be reviewed”.

Tax lawyers have dismissed claims that the non-som status is a result of her Indian citizenship saying that it is a choice, whilst

Sir Keir Starmer, condemning what he said was “breath-taking hypocrisy”, called for answers about “what schemes she may have been using to reduce her own tax”, a demand echoed by the Liberal Democrats and the Scottish National Party.

Sunak has accused Labour of running a smear campaign against his family, adding: “To smear my wife to get at me is awful, right?”

The chancellor told The Sun: “I appreciate that in the past British people were trying to use [non-dom status] to basically not pay any tax in the UK. I can see that from my inbox, right? That’s a very clear perception.

“But that’s not the case here. She’s not a British citizen. She’s from another country. She’s from India. That’s where her family is… that’s where she, you know, ultimately will want to go and look after her parents as they get older.

Boris Johnson yesterday ducked questions about the controversy, arguing: “I think it is very important in politics, if you possibly can, to try and keep people’s families out of it.”

With the Tories keen to deflect attention, the allegations that Sunak has taken US citizenship added pressure on the Chancellor forcing him to admit the allegations and his wife to change her tax status a time when the average Brit is struggling with rising costs.