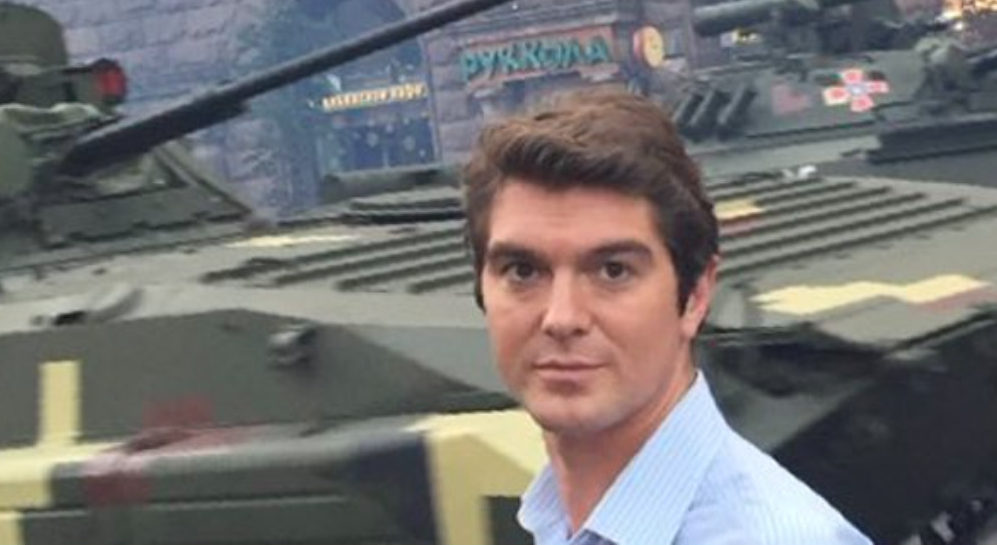 The British reporter stated that he felt “damn lucky” to have survived the Kyiv attack, sharing updates on his injuries. 39-year old Benjamin Hall, lost half a leg and a foot, as well as suffering an eye injury causing his eye to “no longer work”.

On 14, March, Hall and his team were reporting in Horenka near Kyiv, when their vehicle was hit by Russian shelling. Two of his team members, Ukrainian producer Oleksandra Kuvshynova and Irish cameraman Pierre Zakrzewski were killed by the shelling.“

It’s been over three weeks since the attack in Ukraine and I wanted to start sharing it all. But first I need to pay tribute to my colleagues Pierre and Sasha who didn’t make it that day,”

“Pierre and I travelled the world together, working was his joy and his joy was infectious. RIP.”

He also shared a picture of himself, sporting bandages and an eyepatch he added  “To sum it up, I’ve lost half a leg on one side and a foot on the other.”

“One hand is being put together, one eye is no longer working, and my hearing is pretty blown… but all in all I feel pretty damn lucky to be here – and it is the people who got me here who are amazing.”

Speaking on Hall’s injuries The State Department Correspondents’ Association stated: “We know Ben for his warmth, good humor and utmost professionalism. We wish Ben a quick recovery and call for utmost efforts to protect journalists who are providing an invaluable service through their coverage in Ukraine.”