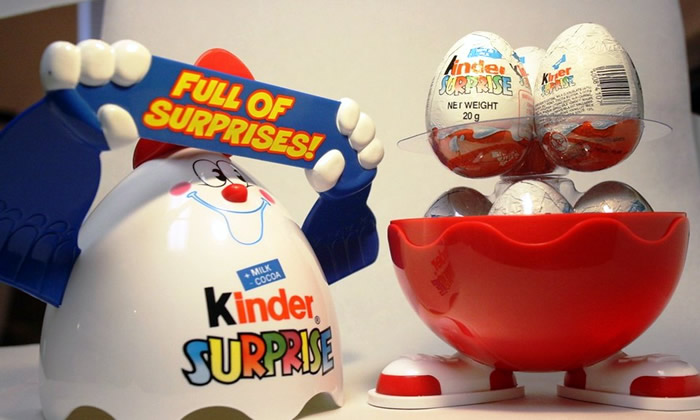 After at least 134 cases of suspected salmonella poisoning were reported to the European Centre for Disease Prevention and Control, Kinder has today, Thursday, April 7, recalled several of its products. Most of these cases were apparently in children aged under ten.

In the UK, at least 63 cases have been found, with around 40 of them believed to be in children aged under five. Earlier in the week, as a precautionary measure, the Food Standards Agency (FSA) had requested specific chocolate treats to be removed from shelves across Europe while it carries out an investigation.

By Wednesday 6, for fear of contamination, further Kinder products were recalled from the market. In the UK, Luxembourg, Ireland, Germany, Belgium, and France, these included Kinder Schokobons, Kinder Egg Hunt Kits, and Kinder Mini Eggs.

With Easter just around the corner, this is a massive blow to the company. It should be pointed out though that it is believed that only specific batches of these products could be a potential threat, and that all possible batches will have already been removed from shelves by now.

UKHSA, the regulating body thanked Ferrero for its cooperation in recalling its products. A spokesperson for Kinder commented, ‘Although none of our Kinder products released to market has tested positive for salmonella, and we have received no consumer complaints, we are taking this extremely seriously as consumer care is our top priority’.

‘We know that these particular products are popular with young children, especially as Easter approaches, so we would urge parents and guardians of children to check if any products already in their home are affected by this recall’, added the FSA, as reported by metro.co.uk.