Spain and Morocco agree to opening of Ceuta and Melilla borders 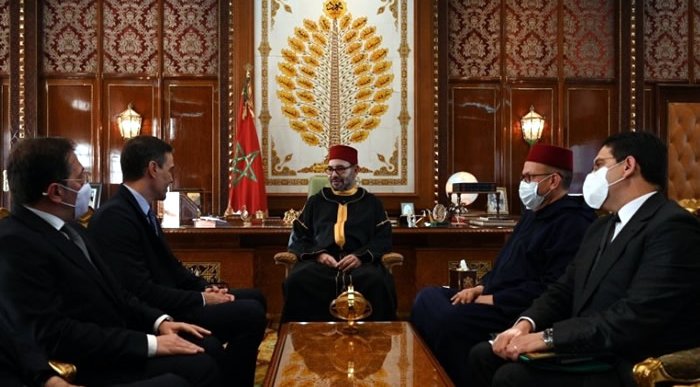 At a meeting in Rabat, Spain and Morocco have agreed to the gradual opening of the borders between Melilla and Ceuta

In a meeting this Thursday, April 7, Spain and Morocco agreed to the progressive and orderly reopening of the border crossings of Ceuta and Melilla. They also agreed to the full normalisation of the passage of goods and merchandise.

This agreement is the result of the meeting held in Rabat between King Mohamed VI of Morocco, and Pedro Sanchez, the President of the Spanish Government.

At a press conference after the meeting, Mr Sanchez explained that the agreement was a joint declaration signed by both countries. It consists of 16 points, and is titled, ‘New stage of the partnership between Spain and Morocco’.

The text states that “the full normalisation of the movement of people and goods will be restored in an orderly manner, including the appropriate customs control devices for people entering by both land and sea”.

“Maritime passenger connections between the two countries will be restored immediately and gradually until all frequencies are opened”, stated another section of the agreement. Preparations will also begin for the operation ‘Crossing the Strait’.

Spain “recognises the importance of the question of Western Sahara for Morocco, as well as the serious and credible efforts of Morocco within the framework of the United Nations to find a mutually acceptable solution”, stated the declaration.

It reiterated, “Spain considers the Moroccan autonomy initiative, presented in 2007, as the most serious, realistic, and credible basis for resolving this dispute”.

Issues of common interest will be dealt with in a spirit of trust, through consultation, and without resorting to unilateral acts or faits accomplis, it added. Spain and Morocco will also reactivate the working group on the delimitation of maritime spaces on the Atlantic coast with the aim of achieving concrete progress.

Conversations will begin on the management of air spaces, and cooperation in the field of migration will be relaunched and strengthened. It was indicated that the Permanent Hispanic-Moroccan Group on Migration will meet soon.

As well as expressing its commitment to reactivating sectoral cooperation in all areas of common interest, the document pointed out that economic exchanges and connections between the two countries will be the subject of a future meeting.

In the field of education, vocational training and higher education will be a priority in this new stage, and a specific working group will be established for this purpose.

Cultural cooperation will also be strengthened, and a sectoral working group will be set up in the field of Culture and Sport. New impetus will also be given to the Board of Trustees of the Three Cultures Foundation.

Activity reports of the meetings and working groups established or reactivated will be presented at a High-Level Meeting that is planned to be held this year. The two countries will reportedly designate a committee in charge of putting this declaration into practice within a period of three months, as reported by malagahoy.es.